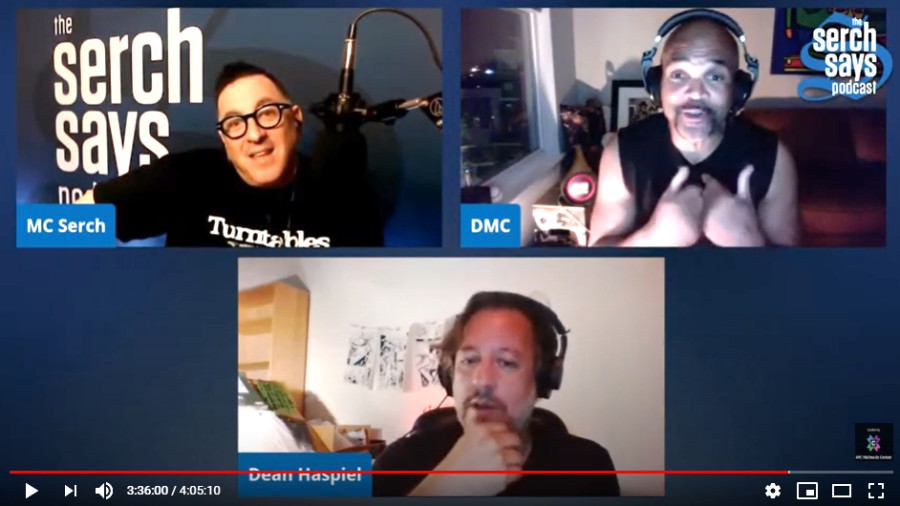 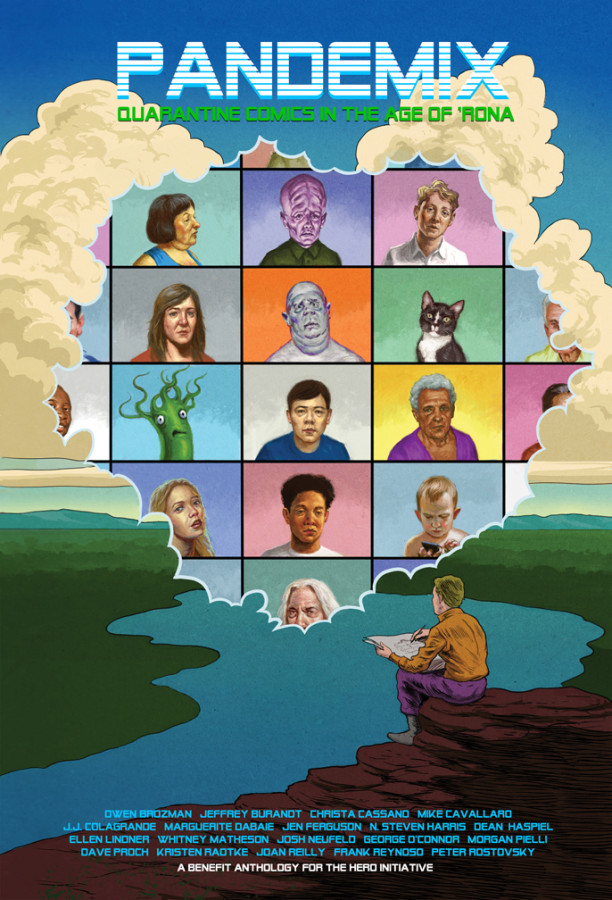 All proceeds go to The Hero Initiative
Digital release available July 21 at patreon.com/pandemix

July 13, 2020 — At a time when many in the comics industry were told to put their pencils down, a group of diverse cartoonists have raised theirs to tell timely, personal stories in a new benefit anthology, PANDEMIX: Quarantine Comics in the Age of ‘Rona.

The 56-page full-color digital anthology will become available July 21 at patreon.com/pandemix for $5. All proceeds go to The Hero Initiative, which aids comics creators in need. Review copies and promo images are available upon request.

Curated by Emmy- and Ringo Award-winning cartoonist Dean Haspiel, PANDEMIX includes recent work by 19 artists and writers, most of whom live in New York, which has been particularly devastated by the coronavirus. A virtual book tour is planned to aid independent comics retailers.

Comics include “Supply Chain Superhero,” an insightful portrait by Josh Neufeld (A.D.: New Orleans After the Deluge); “Skin Hunger,” an exploration of the loss of touch by Kristen Radtke (Imagine Wanting Only This); the pop culture-infused “Iterations of the Apocalypse” by writer Jeffrey Burandt and artist Christa Cassano (Ghetto Klown); “We Are All Doomed,” an unsettling elevator tale illustrated by George O’Connor (the Olympians series); and “The Currency of Community,” a poignant story featuring Dean Haspiel’s award-winning Brooklyn superhero, The Red Hook.

Edited by Dean Haspiel and Whitney Matheson, the anthology features stunning cover art by Peter Rostovsky and a Star Wars-inspired back cover by Mike Cavallaro (Nico Bravo). All proceeds from PANDEMIX go to The Hero Initiative (heroinitiative.org), a not-for-profit organization that helps comic book creators with emergency medical aid and/or essential financial support.

“When Covid-19 sparked a global pandemic and national quarantines, I worried about my creative colleagues,” Haspiel says. “Many of us lost freelance work, and the comic book industry shuttered for a while. But I felt compelled to rally cartoonists to confront the pandemic and make art out of it. Art that can help comic creators in need.”

By early May, 2020 the COVID-19 virus had already killed my landlord, murdered some of my heroes, and infected people close and far to me.

It postponed my new play, compromised freelance gigs, and diminished income. It barricaded proximity and sparked an existential crisis where a sense of purpose came into question. Shaking our very foundations and sheltering our souls.

When Governor Cuomo put the Big Apple on PAUSE to make New Yorker's quarantine from contracting and spreading the plague, it brought out the best and worst in us.

When the president of the United States called the Coronavirus the "China virus" (and most recently “Kung-Flu”), he took away my favorite food. It felt like a personal attack.

Our commander in chief fomented fear and Chinese people became the target of racism and violence, and my favorite take-out places were forced to shutter due to ignorance and hate.

During a time when fancy restaurants set up food pantries and bars offered margaritas-to-go, you would think fast food joints would thrive like New York royalty.

An egg roll with duck sauce.

Sure, I dusted off my spatula and made a few good meals, but my ginger chicken couldn't compare to the one I took for granted all these years.

So, when my local Chinese place reopened like a paradise in the middle of pestilence, my heart swelled.

The owner, a modest chef whose food I've been eating for 23-years, a man whose name I didn't know, hugged me with his eyes.

I cried as I biked away with a bag of roast pork egg foo young.

The way Asian people were maligned during this pandemic still disgusts me, but they’ve only been culinary heroes (and many other things) to me.

His name is Dave.

So, when former Marvel Comics editor Jody Leheup invited me to submit an idea for Marvel's outlier revamp of STRANGE TALES in 2010, I couldn't say no. The tone reminded me of Tom Devlin's Coober Skeber #2 (Marvel Benefit Issue), and DC's Bizarro Comics (edited by Joey Cavalieri). Sure, I'd properly played with the Marvel toys a few times before (and after), but I was encouraged to access my indie/alt sensibility. The continuity cuffs were off. And, I got to be in a series with a bunch of my friends.

My STRANGE TALES memory is fuzzy but I remember being encouraged to do what I do. Back then, the thing that recommended me was my semi-autobio series STREET CODE. Collaborations with Harvey Pekar, and Jonathan Ames. And, my cosmic bruiser, BILLY DOGMA, the last romantic antihero. So, naturally, my contribution was gonna be American Splendor by way of Brooklyn with a side of superhero. I don't remember there being any editorial qualms with my story and art.

I knew I wanted to use The Thing, my favorite Marvel character, but I wanted to employ Marvel's worst character, too. Who could that be? It was a challenge to excavate but I finally arrived at Woodgod. In his origin story, he basically cries the whole time. He sucked. I wanted to dust him off and give him some honor. Grace him with star crossed romance. I wound up devising an epic in four pages that incorporated Woodgod, The Thing, Alicia Masters, The Yancy Street Gang, and The Celestials. Because it was so purple yet corny, I don't think I wrote a comedy, but you're meant to smirk at the heartfelt absurdity of a tale entitled, "The Left Hand Of Boom."

I wish Marvel would publish more projects like STRANGE TALES.

You can read David Harper's in-depth account at SKTCHD, “Just Do Your Thing”: The Story Behind the Making of Marvel’s Strange Tales Anthologies:

I talk about two of my favorite movies: Once Upon a Time in the West, and Tourist Trap at the Cinemental podcast.

Yesterday around 7pm, I decided to take a break from my drawing table in Gowanus and bike around Prospect Park (my only exercise). There is an inner circle of the park where people jog, walk, bike, scoot, drive, etc. At one point, there is long, ascending hill that makes you pick up speed. It's as thrilling as it can be terrifying. At the end of the hill is a crosswalk that isn't the best place to allow foot traffic but it forces folks on wheels to brake and slow their descent, cutting off their momentum.

As I was slowing down and turning the corner of this fast hill, I saw a few people (some on bikes) waving their hands and shouting for everyone to "SLOW DOWN!" I slowed down. As did most others. A few zoomed by like the cocky speed racers they are. But the reason we were being asked to slow our roll was because there were two people who collided into each other. A man on a bike and a woman on a scooter. She was bleeding from a knot in her forehead and he was bleeding from his elbows, legs, and the back of his head. She was already on her phone crying to her daughter and he could barely stand up. He was dizzy. Slumping over. His bike helmet cracked in half. I immediately turned around towards the fast hill and waved my hands yelling "SLOW DOWN!" to oncoming bikers. Most complied while the speed racers serpentined around the accident, forfeiting compassion for training.

Someone had already called 911 and requested an ambulance but I noticed a cop car sitting idle by the crosswalk 30-yards back from the accident. So, I rode over to the two cops sitting and eating sandwiches. I alerted them to the situation and they gave me a blank stare. I pointed towards the accident where people were clearly waving their hands and the cops bit into their food. A few other people came over to the cops to echo my plea for help and they just looked at each other. So, I rode in front of their car and pointed towards the people who needed assistance, waving at them to drive over. They just sat there. Idle.

I rode back over to the accident and now the hurt people were sitting on the side of the road as people biked and jogged by. There was a group of good samaritans handing over tissues and napkins to help stop the bleeding. We helped calm them down and waited a good 8-10 minutes for an ambulance to arrive. And, THAT'S when the cops decided to mosey on over in their vehicle and stare at the scene. Saying nothing. Doing nothing while the masked paramedics helped the injured woman and man.

A witness asked the cops if they needed a statement. An account of what happened. The cops nodded "No."

To add insult to injury? The cops didn't wear masks.

As I biked away, I tried to understand why the cops were behaving with such indifference. And, it hit me like a medicine ball to the crown. They were fed up. Probably pissed off and feeling down because of all the protests against their profession. And, even though the cops were both people of color, maybe they were making a silent protest of their own. Which doesn't make their apathy right. They have a job to do despite criticism and change.

Cop or not, it's human to help people who are suffering. 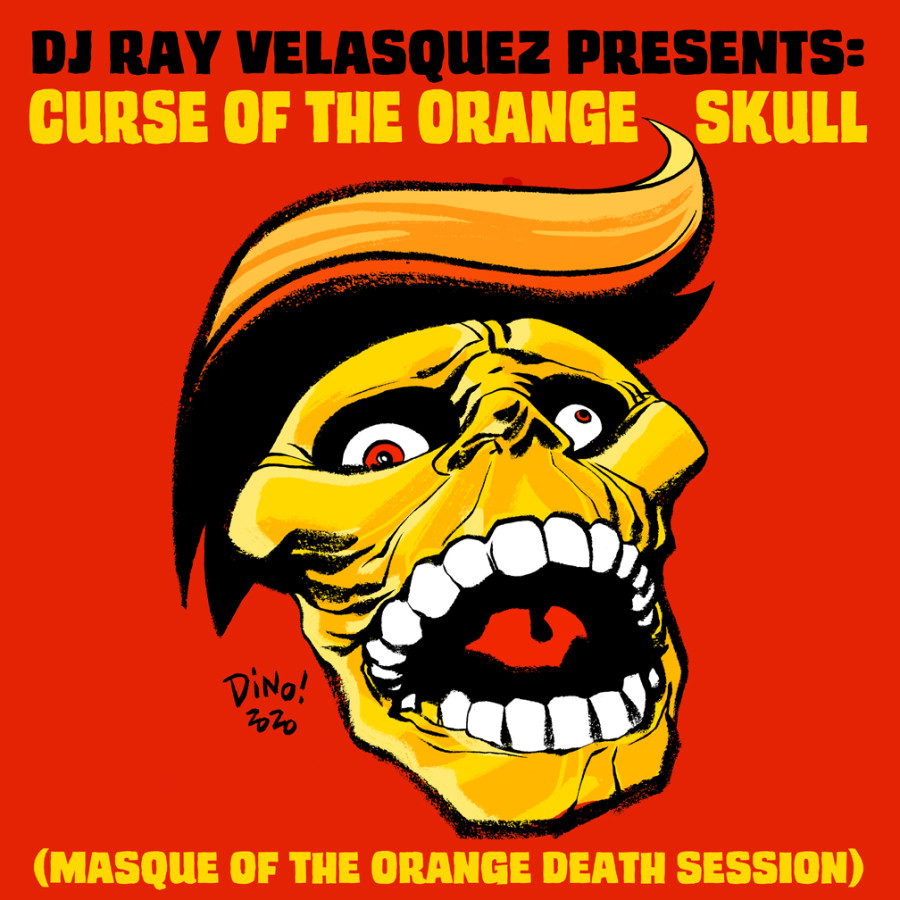 Oliver Sava wrote about my Webtoon series at A.V. Club:

"I’ve enjoyed Dean Haspiel’s print comics, and found his New Brooklyn titles (The Red Hook, War Cry, and STARCROSS) really compelling, both in how he’s building his own superhero universe and how he’s adapting classic superhero storytelling for the vertical scroll format."

The Washington Post: We’d like to see the artwork you’re creating during the coronavirus crisis
By Michael Cavna
May 5 at 7:00 AM

“A lot of bad art is going to come out of this nightmare — including my own — and that’s okay,” Emmy-winning artist Dean Haspiel said a month ago, as more people were isolating and social distancing. His point was that artists should keep creating art — any art — in response to the effects of the pandemic, no matter where it takes you.

Now, The Washington Post would like to see the visual art you’re making while sheltering in place. What are you drawing or painting, sculpting or constructing, weaving or photographing?

Please share images of your artwork using the form below. We’ll pick some of our favorites to share in a future story, along with your comments about your work.

Have you created artwork during the pandemic? We'd love to see it. 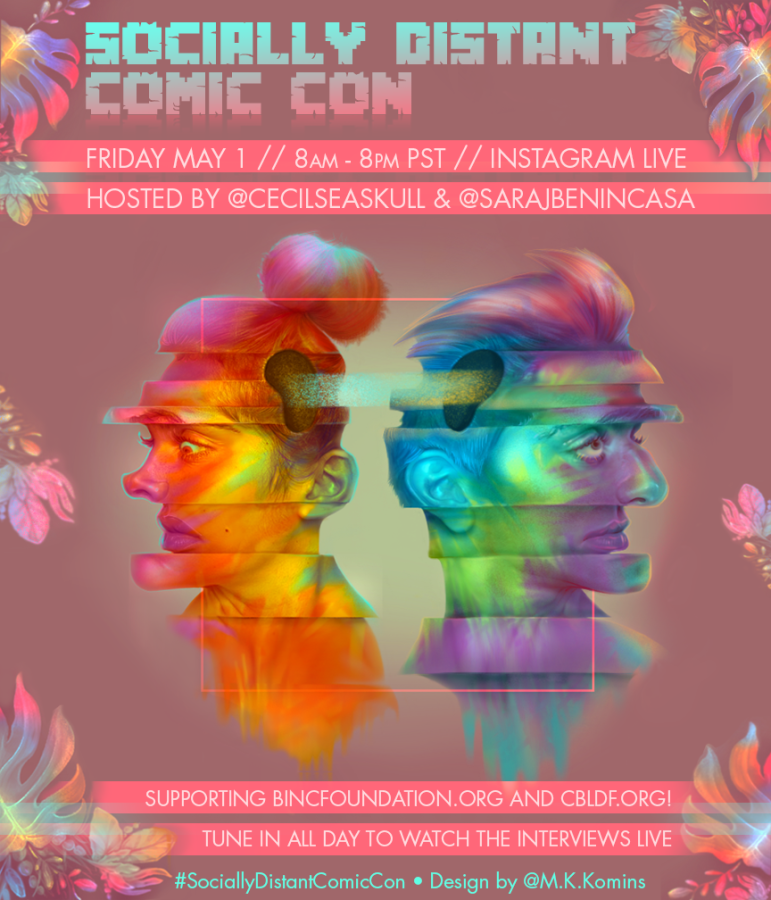 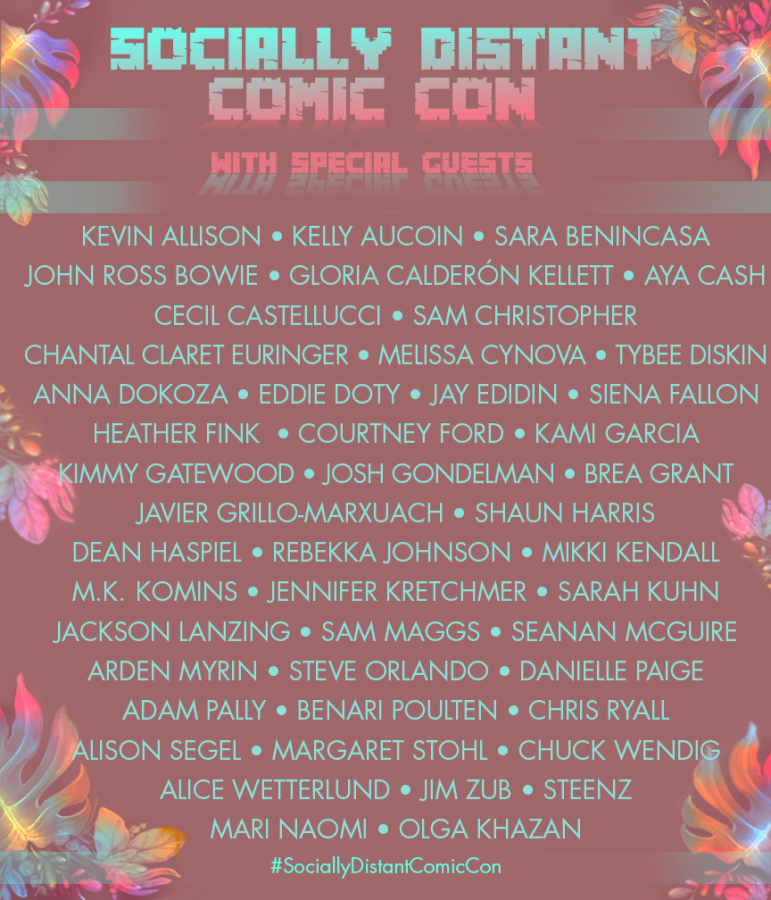