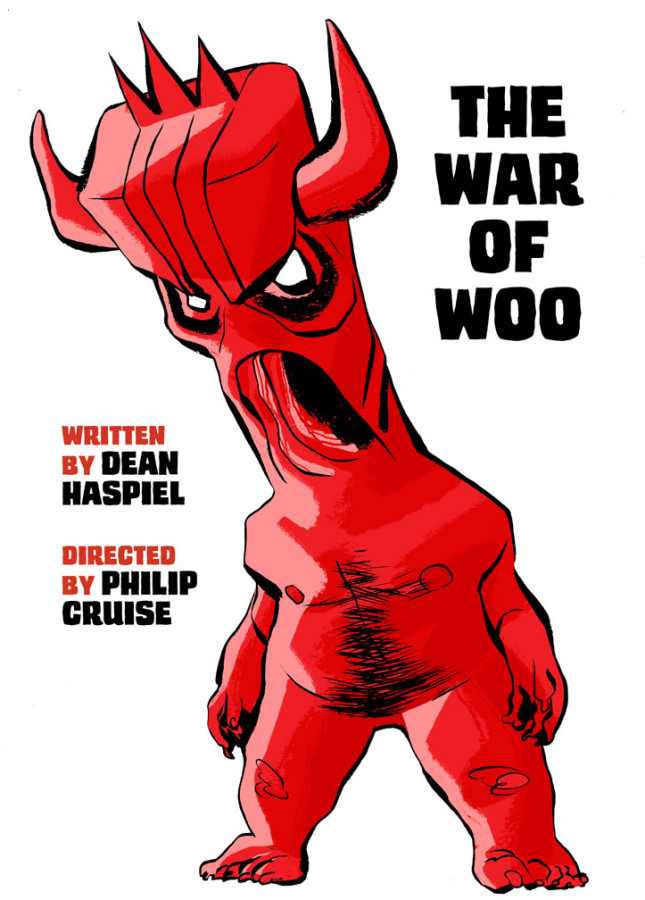 EMMY-WINNING CARTOONIST DEAN HASPIEL DELIVERS “THE WAR OF WOO,” A BOMBASTIC NEW PLAY THAT DOUBLES AS A COMIC-BOOK PREQUEL

The ambitious production, which marks the first time a play has served as a prequel to a graphic-novel series, follows a diverse and dynamic gang of New Yorkers (dubbed “The Bombastic Four”) as they explore the complicated, violent and passionate relationship between Hollywood, Heaven and Hell. Ultimately, this cross-dimensional love story sets in motion the cosmic genesis of New Brooklyn, the setting of Haspiel’s long-running, Ringo Award-winning comic series “The Red Hook.”

Says Haspiel: "My passion for sequential art and the stage finally hit an apex when I realized I’d written a theatrical prequel to my comix series—which makes sense, since THE WAR OF WOO is a play about the unholy merge between the kind and the profane."

THE WAR OF WOO marks Haspiel’s fourth foray into NYC theater and will be produced by Thin Duke/Sparkplug Productions, a theatrical collective created by Cruise, producer/actor Edward Miller and actor/producer Christopher Lee. Cruise and Lee are also part of the cast.

“I love working with Dean,” says Stoya. “His scripts are so complicated and bizarre—there's twists everywhere.” Adds Gilliam: “It's provocative and profane. It's probably gonna be about an hour and a half of a gut-punch of entertainment.”

Lighting, sound and props for the production will be managed by Gemini CollisionWorks, the creative team of Ian W. Hill and Berit Johnson. Set design and construction will be led by Joe Kay, with costumes by Holly Pocket McCaffrey.

"Seth, Dean, Ed and I have been friends and colleagues since we met as teenagers at SUNY Purchase, and Stoya has been performing Dean’s work since 2017,” says Cruise. “When the cast has such a deep understanding of the author’s material, the possibility for fireworks onstage is increased exponentially.”

Tickets for THE WAR OF WOO are on sale at https://warofwoo.brownpapertickets.com/ The Gene Frankel Theatre is located at 24 Bond Street (between Bowery and Lafayette).

ABOUT DEAN HASPIEL:
Emmy® and Ringo Award winner Dean Haspiel is best known for creating characters The Red Hook and Billy Dogma and illustrating for HBO's Bored To Death. He has written and drawn comics for Marvel, DC, Image, Archie and other major publishers, and his acclaimed collaborations include work with Harvey Pekar, Jonathan Ames and Stan Lee. In addition, he is a Yaddo fellow and webcomics pioneer. Haspiel’s previous plays include SWITCH TO KILL, HARAKIRI KANE and THE LAST BAR AT THE END OF THE WORLD.

ABOUT PHILIP CRUISE:
Philip Cruise is a New York-based actor, writer and director who formed Thin Duke Productions in 2003. His directorial credits include the political comedy KING GEORGE II and Tom Ellis’ BRIGHT DAY, and he currently serves as a technical director for the Brooklyn Children’s Theatre. An accomplished actor, Cruise’s recent stage credits include LET TRUMP BE TRUMP and playing Hugh Hefner in Kallan Dana’s PLAYDATE (2019). THE WAR OF WOO is Cruise’s third theatrical collaboration with Dean Haspiel.

If you wish to help support the production of the play, please check out our crowdfund campaign. THANK YOU: https://www.indiegogo.com/projects/dean-haspiel-s-the-war-of-woo--2/x/415949#/ 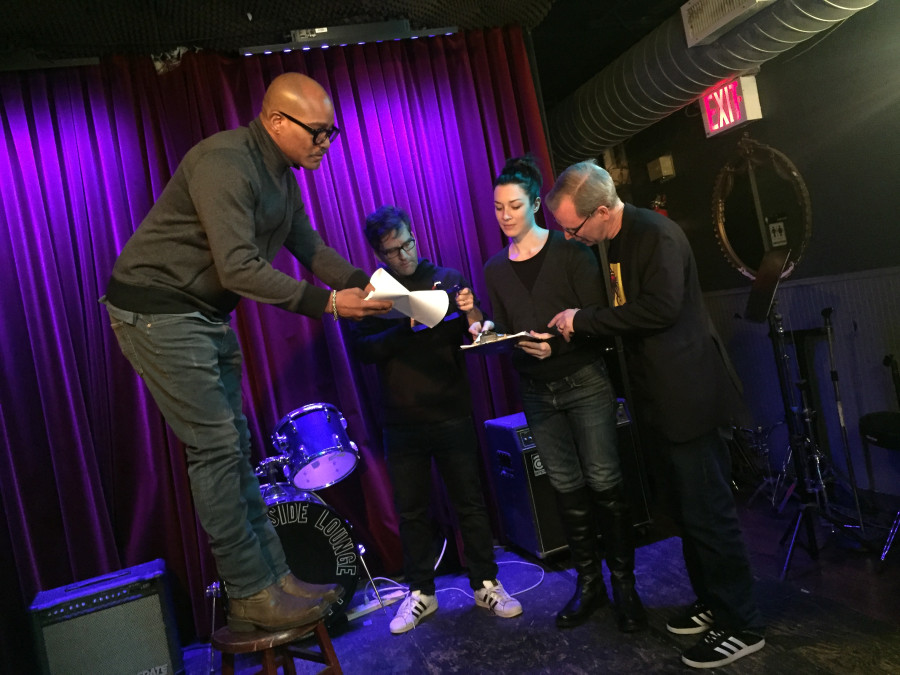