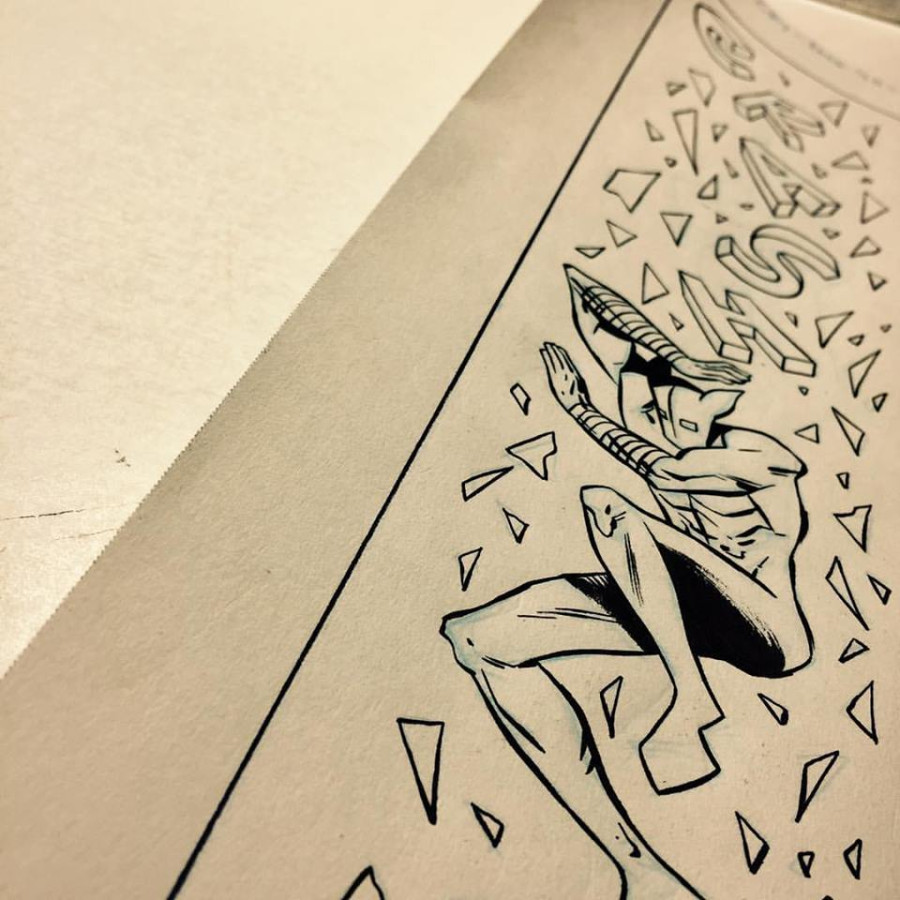 Lan Pitts talked to me about WAR CRY, The Red Hook vol.2 published by Image Comics, October 9th 2019, at Newsarama.

"If by "comics industry" you mean "print comics industry," and to qualify that even further, you mean "Wednesday Comics Industry," I think we're most definitely talking about two very different industries. And, honestly, that's pretty damned exciting. Some webcomics make it into print but the majority just live online to, ultimately, be binge read.

There is a misguided mindset that suggests free webcomics aren't as valid as print comics. You know, comics that you currently pay $4 for 1/6th of a story (which makes me miss the good old days when 35-cents got you an entire story). And, even though more people read my free webcomics than anything else I've ever written and drawn, it's hard to get the hype that a new number one on the comic shop shelf will get. The New York Times or the Washington Post will be sure to ring the alarm for the next superhero gender swap or death-resurrect-repeat, but you'll hardly read about new and regular webcomics.

Maybe because webcomics, in general, don't have the promotional muscle print needs but I hope someone figures out how to turn on more readers about what's happening on your phone.

Or, maybe that's part of the problem? Everyone is on their phone, taken hostage by the horrors of the world while seeking to carve their own digital footprint (guilty as charged), that they don't have the time nor the desire to escape like we used to when we had less technology and more newsstands. It's not nostalgia I crave, but I've foolishly dared to compete with Marvel and DC by creating a new universe of superheroes. Alas, I'd like to think I'm not competing but, in fact, complimenting the characters and stories I grew up loving by adding a small cabal of my own misunderstood misfits."

"I've had to abandon landscape panels and my beloved inset panels for taller, thinner, portrait-sized panels. I've had to forfeit action shots that intrude other panels for static panels that can stack upon each other like funhouse mirrors. So, whatever I loved about the way Jack Kirby, Alex Toth, Will Eisner, Frank Miller, Frank Quitely, and Javier Pulido did and do designing their comics, I've had to shift gears and study the likes of C.C. Beck, Ramona Fradon, and Steve Ditko, who employ a more standard template, and more recently, Mike Mignola, who did really nifty stuff adding the occasional ambient panel to his Hellboy comics. You know the ones I'm talking about? Where there's a statue or a skull or a creepy detail lurking inside a small panel, hovering between two or three other panels like an omniscient specter."

"Ava Blume, a.k.a. the Possum, is the love of Red Hook's life! They broke into banks together. They robbed rich people. They made love by the Statue of Liberty. And, when New Brooklyn happened, it was the Possum who knew they had to stash stolen art and let it appreciate if they ever wanted to buy land in the mountains and build a home. The Possum, a.k.a. the feminine-half of War Cry, is a juggernaut of conviction. A human of mass destruction with a heart of gold. Who wouldn't want to woo that?"

"I'm not gonna lie. I've got two strikes against me: 1) the print versions of my webcomics are available to read online for free. So, why would you buy it? And, 2) I'm stubborn enough to believe I can launch a small new universe of superheroes during a time when Marvel reigns supreme on a global level. But, I have to believe that there is room for outliers like me.

Publishers like Image, Dark Horse, Humanoids, and Lion Forge still make valiant efforts at universe building while seasoned fans bin dive and discover old comics that never made prime time. The stuff that fuels our imagination, encourages the next batch of dreamers and cartoonists, will never truly disappear if there are still long boxes to rummage. If ACT-I-VATE, the webcomics collective I founded in early 2006 with seven other cartoonists on Livejournal still existed, folks would stumble upon some of the best webcomics made 13 years ago."

"My comix are heartfelt abstracts. Pop-theater on paper. A fine mix between melodramatic and sentimental. I learned long ago the best way to impart experience and wisdom is through levity. Do I want people reading my comix to cry? Occasionally. But, it's more important that I have fun making the stuff you have fun indulging and, perhaps, walk away feeling something special."

"Kirby and Ditko are clearly great influences when it comes to costume design. But, I take it a little further. I prefer a more reductive style. For example, The Green Point is a naked guy with weird antlers for antennas, a cape and a sheath for his sword -- and that’s it. The Red Hook looks like a cross-between Daredevil and the Fox. The Coney looks like a black cricket with XX's for eyes and staples for teeth. Simple designs. I also like to assign a bold color for each of my characters so you can "see" and separate them in a group from afar. When it comes to figure drawing (and perspective, for that matter), I try to draw what my gut desires. Nothing about my art is accurate. It's emotional."

"If I ever get to publish an omnibus edition of my Red Hook saga, thus far, I may have to call it "Once Upon A Time In Brooklyn." 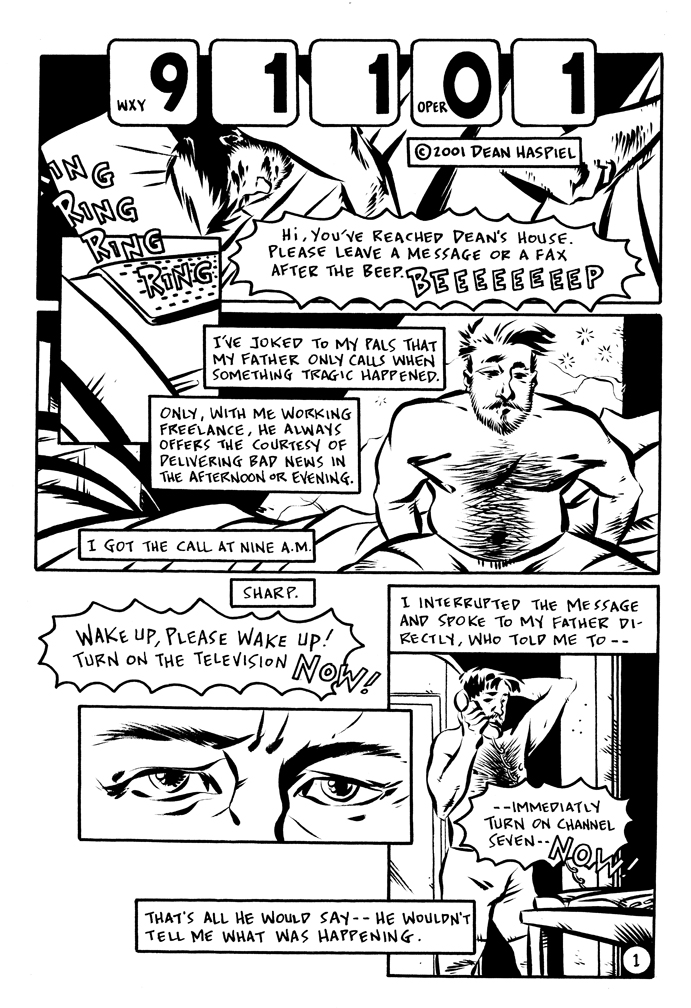 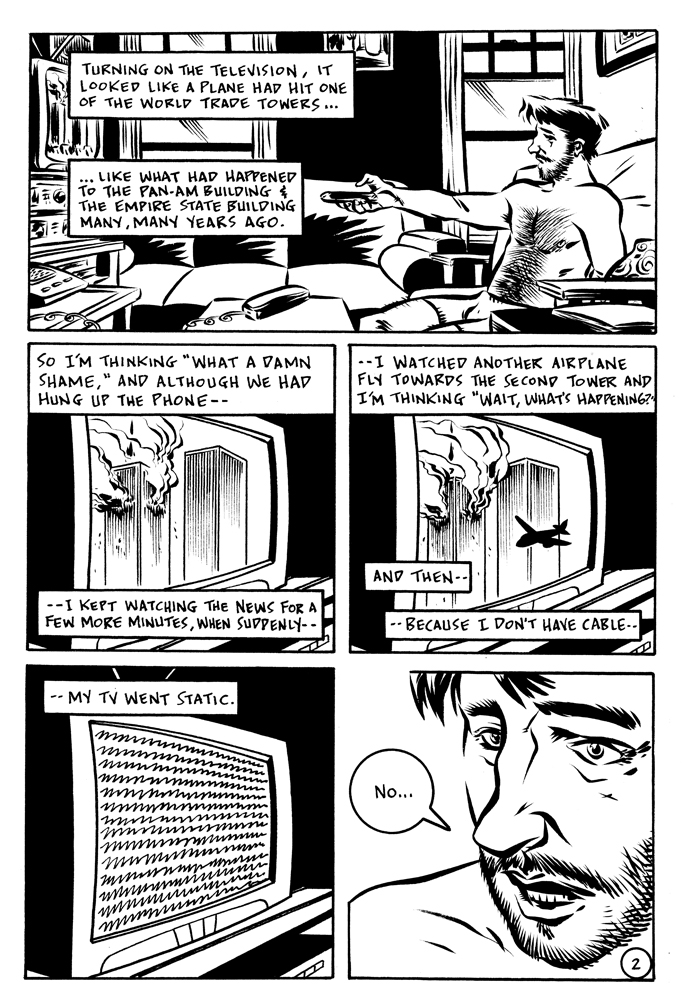 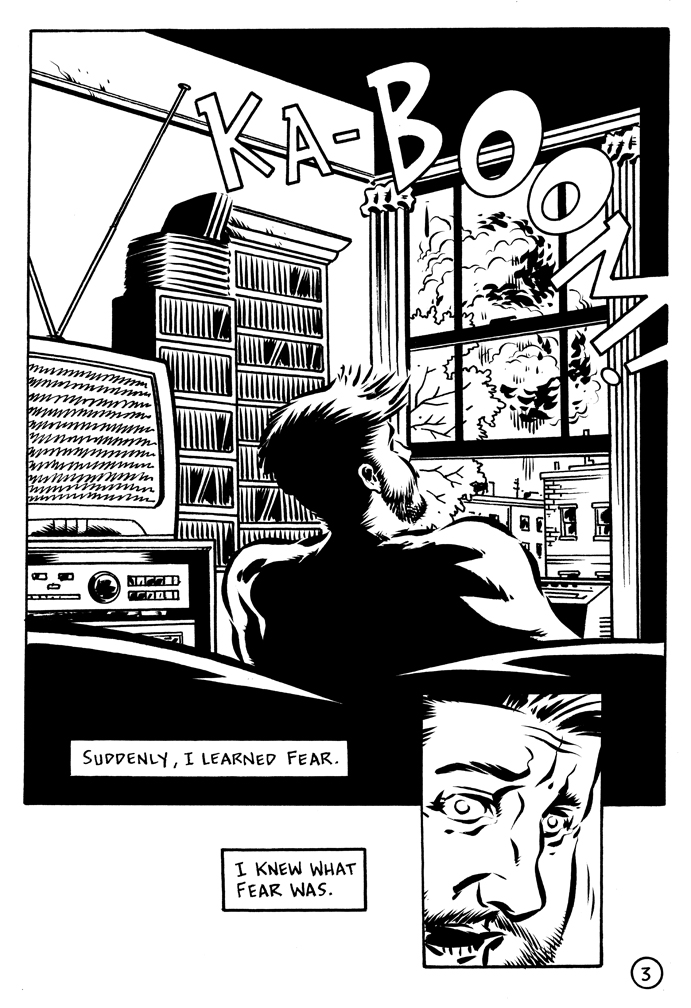 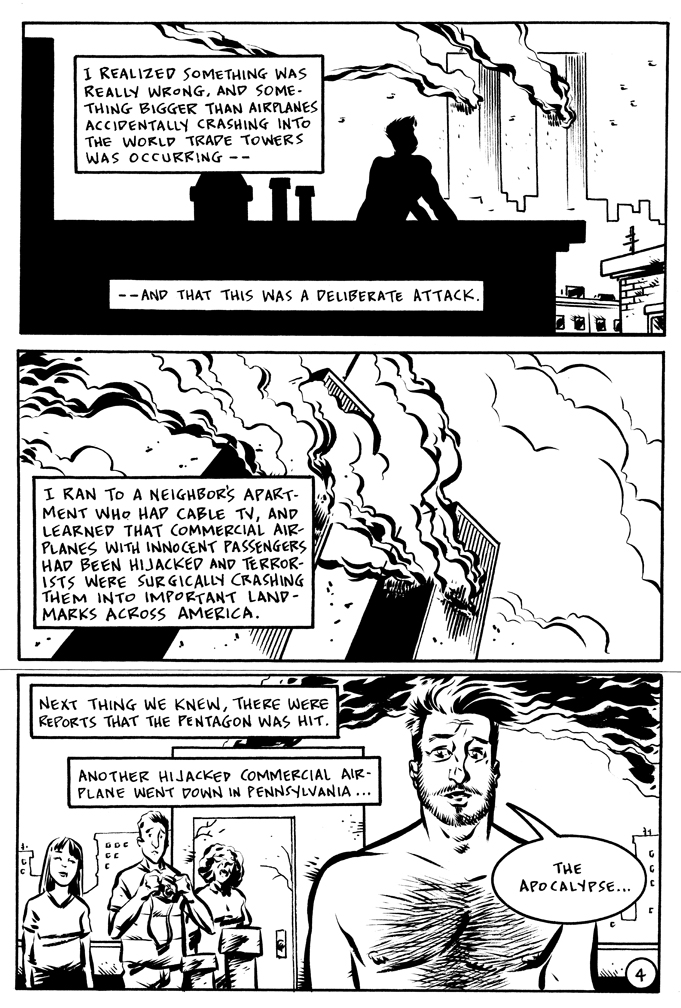 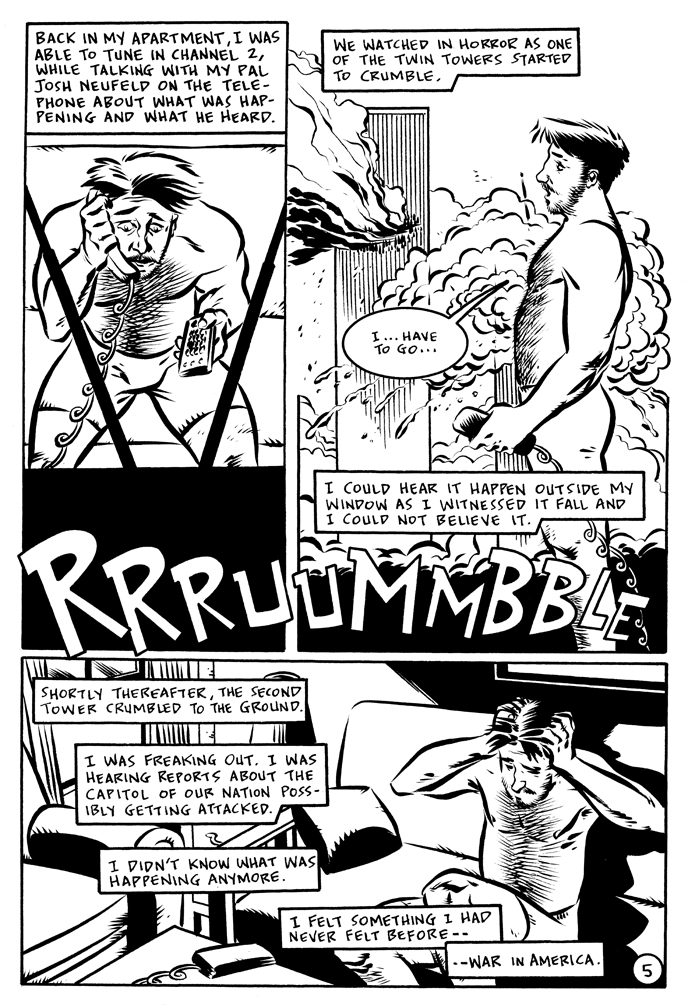 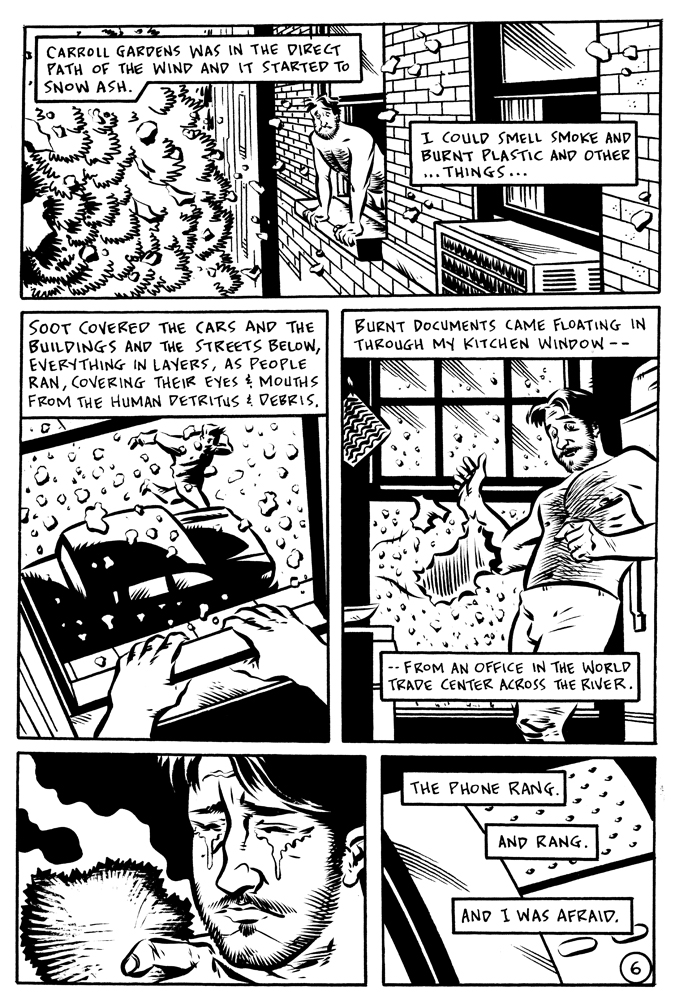