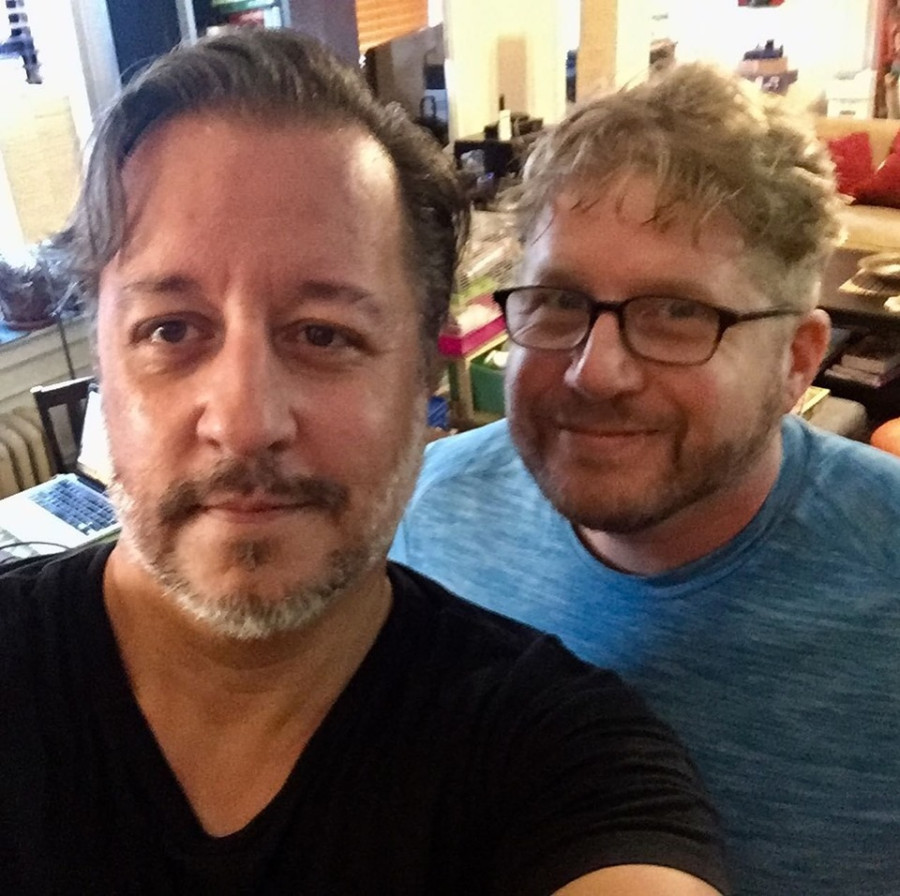 The Comics Beat's Chloe Maveal talked to Josh Neufeld and I about our podcast, SCENE BY SCENE WITH JOSH AND DEAN, where we break down "American Splendor" the movie, and discuss our relationship with the late/great Harvey Pekar.

Here are my full answers to the questions asked me pre-interview/article:

You both have obviously worked with Harvey Pekar on American Splendor as illustrators. What is it like to be analyzing a film based on a part of the process that you were a part of?

I'm a life long student of comic books and film. I tend to analyze and break down all the movies I watch in one way or another. It's a good way to understand what works and what doesn't work and how that informs my own story-making. But, there's probably nothing more boring to watch than watching someone create. There's hardly a visual "eureka" moment that occurs. Ye olde "lightning in a bottle" isn't how it happens. However, American Splendor the movie does a great job conveying the creative process by humanizing it. Making the the pursuit of creativity relatable. Harvey Pekar proved that you could write about anything. And, despite making comix appear innate and all too easy, it's actually harder than it looks.

Do you feel like you've learned anything about that point in your friends life from watching the film so closely?

The movie was full of surprises. It was innovative. Still ahead of its time. It gave me insight into what Harvey was like at home and at work and on the street. How he interacted and observed people. How he handled fame and politics and romance and cancer. Curiously, Harvey was provocateur. It was also refreshingly grass roots. No Hollywood phony-baloney. No other comic book writer was more authentic than Harvey. For a guy who purported to be an "every man," he was quite unique. Harvey Pekar changed comic books.

I know this is part of the podcast itself but are there parts of the movie that you feel are off base? Or parts that are exceptionally true to life?

The filmmakers had to conflate some facts and timelines in order to move the story but I wasn't bothered by that. It's not a proper documentary. It's a romantic comedy that does a great job making us fall in love with a peculiar man and his misfit friends and hyper intelligent wife while creating entertainment out of a testament of life.

Lastly, do you both feel like you get something out of doing this podcast on a personal level? It's something that clearly hits close to home for both of you.

We started doing the podcast to discuss American Splendor the movie and our relationship with Harvey Pekar. That's what's supposed to interest listeners. But, I think we discovered that the podcast is really about me and Josh and our 38+ year friendship growing up together learning how to make comix. We've created a historical, insightful document of a certain time and place in the comic book industry. It's packed with profound deep cuts but is also a user friendly experience that sheds light on an ageless art form. 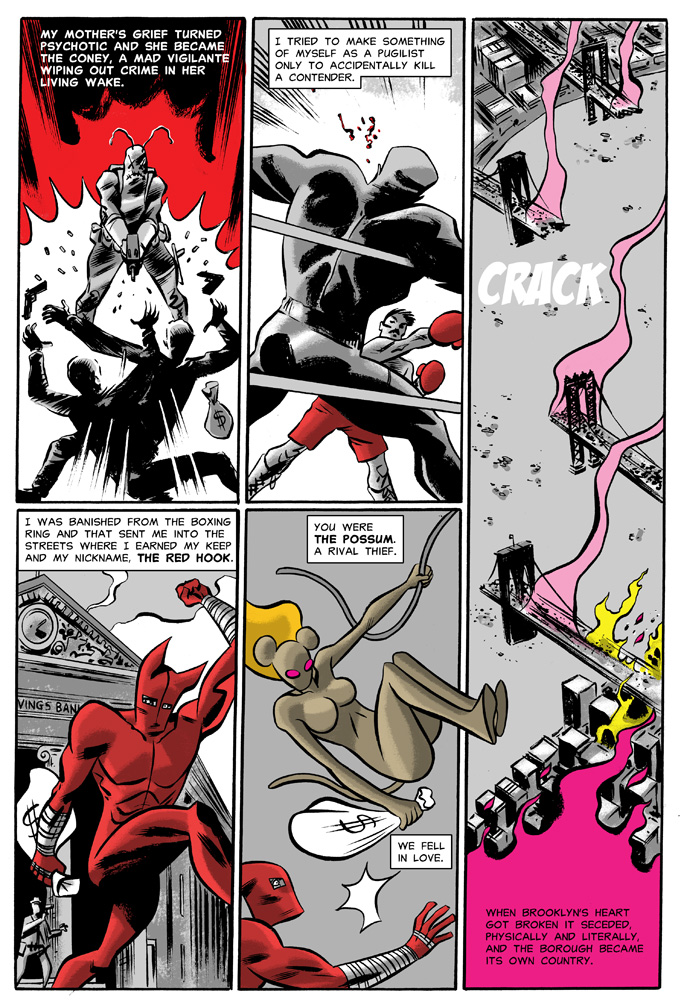 I’ve been a fan of superhero comics since I first started buying them off the newsstand in the 1970s. Shazam, aka the original Captain Marvel, was one of the first comic books I ever read. Years later, I would pick up Firestorm, and discover O.M.A.C. (One Man Army Corps). I was fascinated by the duality of these types of superheroes. Characters that were populated and/or affected by more than one sentient being.

After getting the chance and honor to write and draw some superhero comics for Marvel and DC Comics, including a critically-acclaimed run on The Fox for Archie Comics, I decided it was time to build my own shared universe via New Brooklyn with my ongoing saga, The Red Hook. Inspired by Golden and Silver Age comics, I created WAR CRY, a human of mass destruction, who happens to share a body with a teenage boy named Rajak, graced with the powers of all the dead superheroes in America.

Imagine the powers of The Avengers mashed up with The Justice League of America and plugged into one person? Only, when Rajak shouts “WAR CRY,” he becomes a she, a war goddess, and things become complicated. But, how long can two very different people, with personalities akin to Hawk and Dove, last in one shared body? And, how is The Red Hook supposed to rekindle romance with his resurrected girlfriend? You’ll have to read The Red Hook vol.2 WAR CRY when it comes out October 9th, 2019 from Image Comics.
Collapse