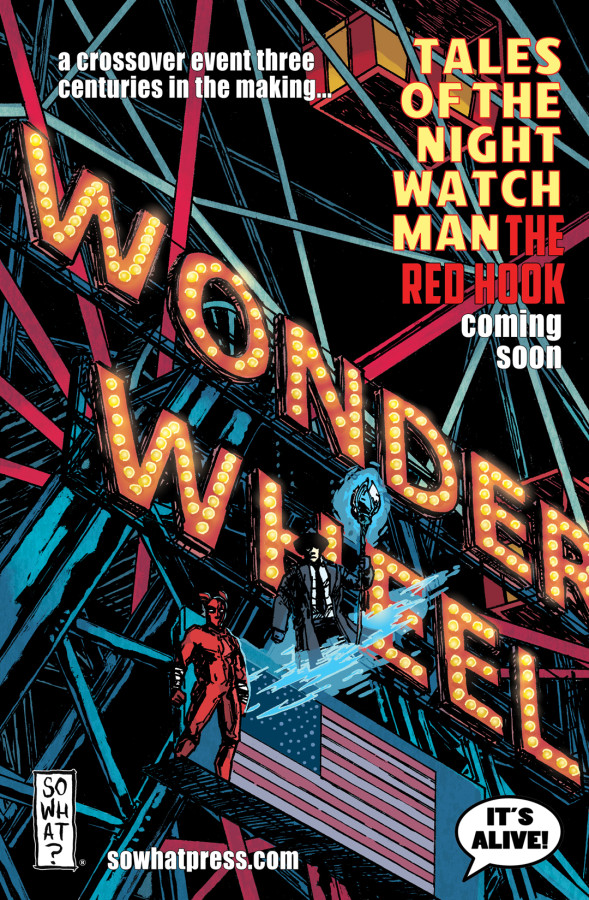 It's Alive! and So What? Press join forces to bring Tales of the Night Watchman to Diamond; announce crossover with Dean Haspiel's The Red Hook

Brooklyn-based publishers It's Alive! and So What? Press have made a deal to distribute Tales of the Night Watchman to the direct market via Diamond. Under this arrangement, So What? Press will operate as an imprint of It's Alive! and continue to produce issues of the acclaimed series about baristas who fight monsters. This fall will see the release of a two-part mini-series, "The Final Kill", and a crossover one-shot with Dean Haspiel's Line Webtoon / Image Comics property, The Red Hook, entitled "The Untold Legend of Luna".

"The Final Kill" involves a race against time as the Night Watchman is hired by a mysterious woman to protect her family from an ancient flesh-eating god called Zahal. "The Untold Legend of Luna" is a crossover event three centuries in the making as the Night Watchman and the Red Hook team up to travel back in time to save Brooklyn's first superhero, a woman of mystery named Luna, who has been erased from history.

Series co-creator Dave Kelly wrote "The Final Kill" and co-wrote the crossover with Dean Haspiel. All three issues will feature line art by Brett Hobson, colors by Sonia Liao, and lettering by DC Hopkins. Tim Hamilton (Copra #25, Rabbit Who Fights) provided covers for "The Final Kill". Haspiel will provide a cover for the one-shot. These and future issues will be edited by Rachel Pinnelas (Marvel, DC Comics, Image's Black Cloud).

The series began in 2011 after Kelly's recovery from cancer inspired him to change careers. He met series co-creator Lara Antal at a Think Coffee holiday party, and the NYC-based coffee chain plays a prominent role as the day job for the main characters. The series is most known for its popular "It Came from the Gowanus Canal" storyline and for the issues drawn by Molly Ostertag (Scholastic's Witch Boy series). A story from the series appeared in the Eisner-nominated and Ringo Award-winning Mine! anthology, published by ComicMix. A serialized version runs quarterly in Brooklyn's Park Slope Reader newspaper. It was also featured in the 2015 book, Blood in Four Colours: A Graphic History of Horror Comics, written by Pedro Cabezulo and published by Rue Morgue. 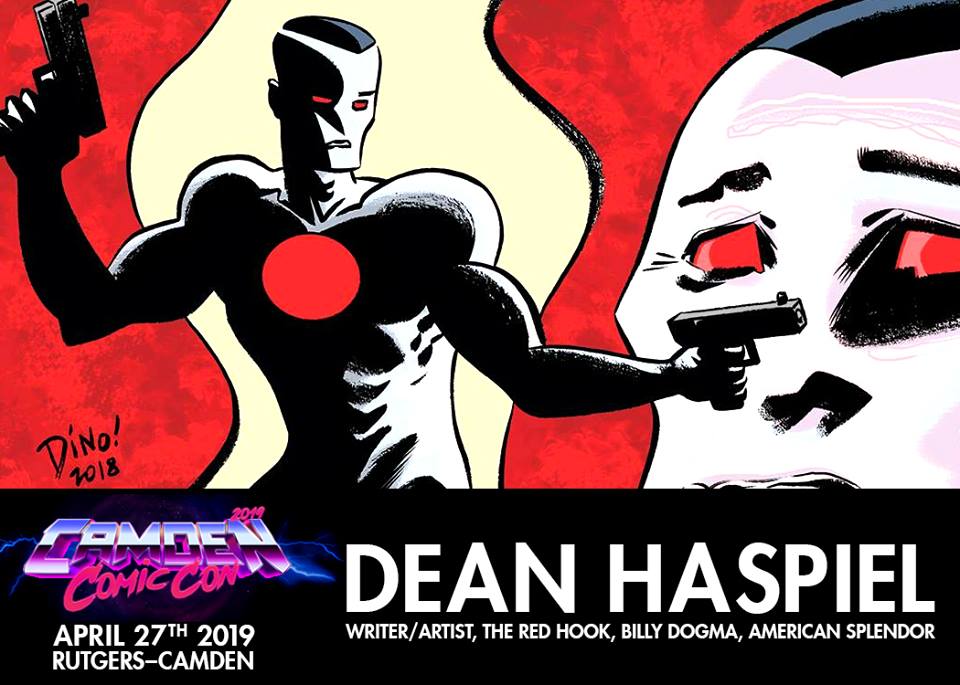 I'm a guest at Camden Comicon on Saturday, April 27th, 2019. I will be tabling, selling books, and doing a panel. Please come talk to me about my new, free webcomic series STARCROSS (The Red Hook season 3), and SCENE BY SCENE WITH JOSH & DEAN podcast.

Reality and fantasy may be harder to tell apart than ever, but at least we meet familiar faces in each one. Movie screens make superheroes, aliens and time-travelers feel realer than ever before, and living figures have appeared in comics from their earliest years. Since that day Captain America first punched Hitler, the worlds of comics and real life have crashed into each other, and it’s only gotten louder! From untold tales of Abraham Lincoln, Nikola Tesla, Jack Johnson and Annie Oakley as occult and sci-fi secret agents; to reconstructions of lost and hidden history like Emma Beeby & Ariela Kristantina’s “Mata Hari”; to satirical retellings of schoolhouse staples like “Action Presidents”; parallel accounts from possible bystanders to the work of Einstein and Warhol; and the upcoming comic starring a superpowered Alexandria Ocasio-Cortez, this panel will explore how comic creators are dragging fictional characters into reality and making real-life people’s voices ring true!