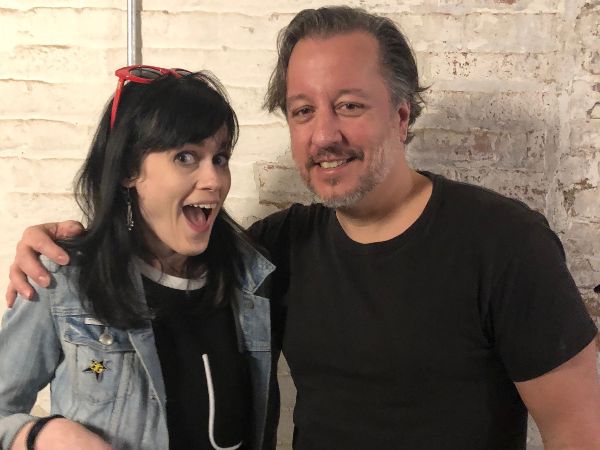 WHO'S AFRAID OF VIRGINIA WOOLF? by Edward Albee might be my favorite play of all time. Alas, I've only seen the brilliant movie adaptation directed by the late/great Mike Nichols, starring Elizabeth Taylor and Richard Burton. It's the movie that made me want to write a play.

I've been lucky enough to have written three plays produced the last few years, and I'm currently putting the finishing touches on two more. In a world going digital, the intimacy of a black box theater is my favorite space to engage in one of the last bulwarks of human expression and connection. So with that in mind, here are three NYC recommendations:

IT'S GETTING TIRED, MILDRED, written and directed by Roger Nasser. It's NYC's longest-running late-night monthly soap opera for the stage. Since its premiere in 2014, it has grown a loyal following with a cast party after the show so you can meet your favorite characters. And whether you have watched from the beginning or come for the first time now, you will be hooked and become a fan!

COMEDY PEOPLE'S TIME features New York's premier stand-up, improv and late-night television talent. Each unique performance continues to raise the bar. If you haven't seen my pal/actor Tarik Davis do his thing, you're truly missing out on something special.

THE PAIN OF MY BELLIGERENCE. I have tickets to see this brand new play on April 19, and I trust that writer/actress Halley Feiffer (daughter of master storyteller Jules Feiffer) will broker a spirited performance confronting the rigors and fallout of toxic masculinity with brutal wit and wisdom.

As for other mediums, I've been listening to Boy Harsher, Kamasi Washington, Vince Staples, The Zombies, Roland Kirk, and Cosey Fanni Tutti. I watched and loved ANNIHILATION, ASSASSINATION NATION, MISSION IMPOSSIBLE: FALLOUT and THE KILLING OF A SACRED DEER. I recently watched Season 2 of THE SINNER and THE DEUCE, and Season 1 of STAR TREK: DISCOVERY and KIDDING. Comic books/novels I'm currently reading are INCREDIBLE INC. by J.M. DeMatteis and Mike Cavallaro, CRIMINAL by Ed Brubaker and Sean Phillips, OFF SEASON by James Sturm, SOMMELIER OF DEFORMITY by Nick Yetto, WHICH LIE DID I TELL? by William Goldman, and FREEZER BURN by Joe R. Lansdale.