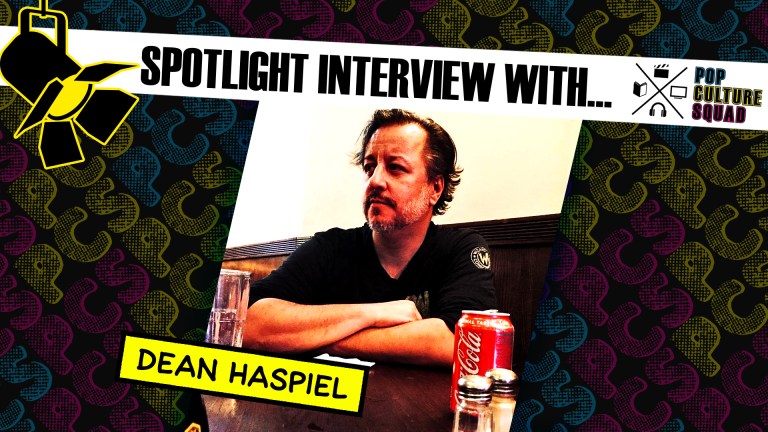 "I didn’t even consider monetizing ACT-I-VATE. I thought getting people to read a comic online for free was tough enough. You are competing with everyone’s attention, especially nowadays given the current political climate. Sometimes, people want to escape that political scene by reading a comic or anything else, or they are only consumed by the politics of the day, and can’t read anything else. So, I am competing with that, and because I am doing superheroes, I am competing with the cinematic universes of Marvel and DC. A lot of people who are fans of the characters of Marvel and DC are being introduced to them from the movies and TV and forget that there are comic books out there. Also, if those people want to get a comic book, where do they get it? There are no more newsstands and, sadly, comic book shops are dwindling."

"The mainstream dream is the trickle-down effect; movies to comic books and/or digital, and I don’t think that is happening. But if you have a webcomic, that only exists as a webcomic and has ancillary t-shirts or buttons, I think people like to have souvenirs. I think people who come to conventions these days are more interested in souvenirs. They don’t need to read the first issue of how something started or get the full collected arc of a story."

"I like writing better than drawing. I do realize that drawing comics is also a method of writing due to the visual storytelling, and because of that, I’ve rarely illustrated something to stand on its own. To me, comics art is always serving the narrative.

As much as I grow as an artist, I am always trying to reduce the labor so that maybe someday I could be drawing as fast as you can be reading it. But that really does reduce it down to a type of shorthand. That, I think maybe, a fine comic book artist would have to earn. I think of someone like Gary Panter, who never even attempted to draw like John Byrne or George Perez. Yet, he found a shorthand that only he could do so it became a signature style, but also, it conveys a story. Ultimately, I am trying to write and draw the stuff that I loved as a kid, but hopefully I’ll enter a phase of telling stories that are not necessarily influenced by my childhood but, instead, influenced by my adulthood."

"StarCross is about how love will save the world. At the end of War Cry, the main character is abducted by this big blue cosmic hand and taken away from the Red Hook. It was right when War Cry, formerly The Possum, and Red Hook were about to get back together. They had just defeated the bad guy of the second season and come to peace with what has happened to her physically sharing a body with a gay teenage boy. Red Hook was constantly trying to get a kiss with her, and at the end, he goes in for the kiss when, suddenly, she gets stolen. So, we start StarCross a year later. We will find out what happened to War Cry and what the new crisis is. Even though The Red Hook starts out about a sentient, heartbroken Brooklyn that seceded from America to form her own republic, where art can be bartered for foods and services, the first trilogy is ultimately about a cosmic romance between Sam Brosia (The Red Hook) and Ava Bloom (The Possum/War Cry). And because it’s a romance, it’s got to be tragic."