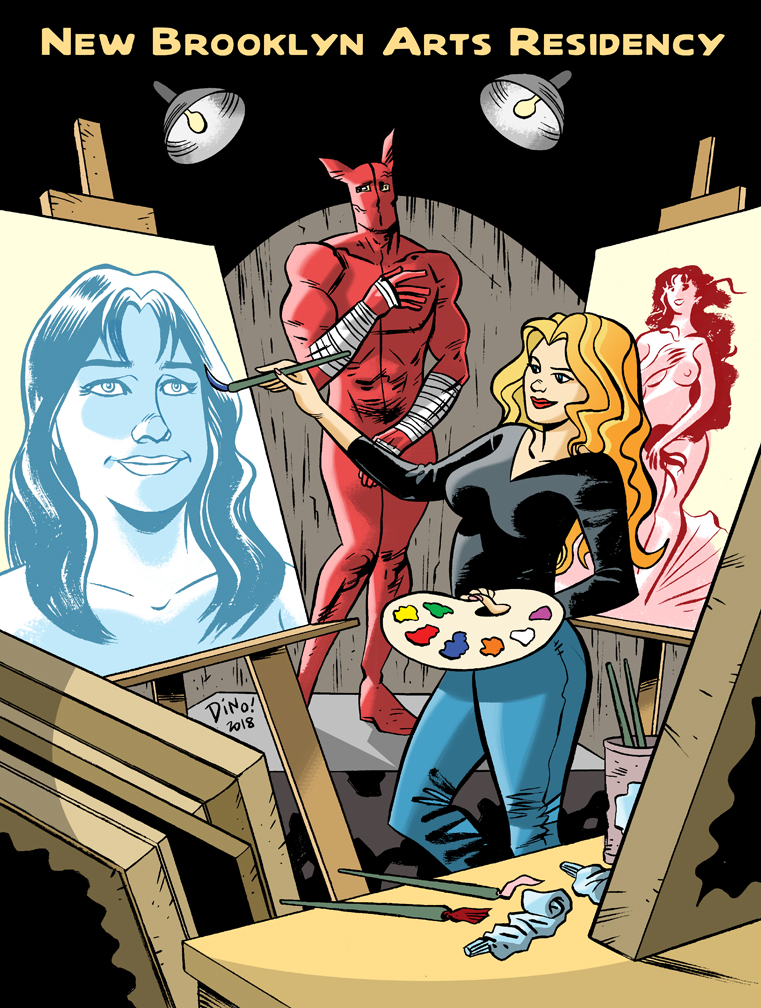 I'm a guest at my favorite comix show of the year, Baltimore Comicon this September 28-30, 2018! I'm also a Ringo Award nominee for 'Best Webcomic' for my work on WAR CRY, the sequel to THE RED HOOK (published at LINE Webtoon). I will be tabling with Christa Cassano, David Proch, Clinton Hobart, David & Sarah Trustman, Frank Reynoso, and Jeffrey Burandt.

I will also be in conversation with my mentor, Howard Chaykin, for an hour.

Saturday
1:30-2:30 - The Chaykin and Haspiel Show / Room 345-346
Howard Chaykin (Hey Kids! Comics!, American Flagg!) and Dean Haspiel (The Red Hook, American Splendor) sit down to talk about anything and everything! Join them for what is sure to be an amazing hour of outrageous conversation!