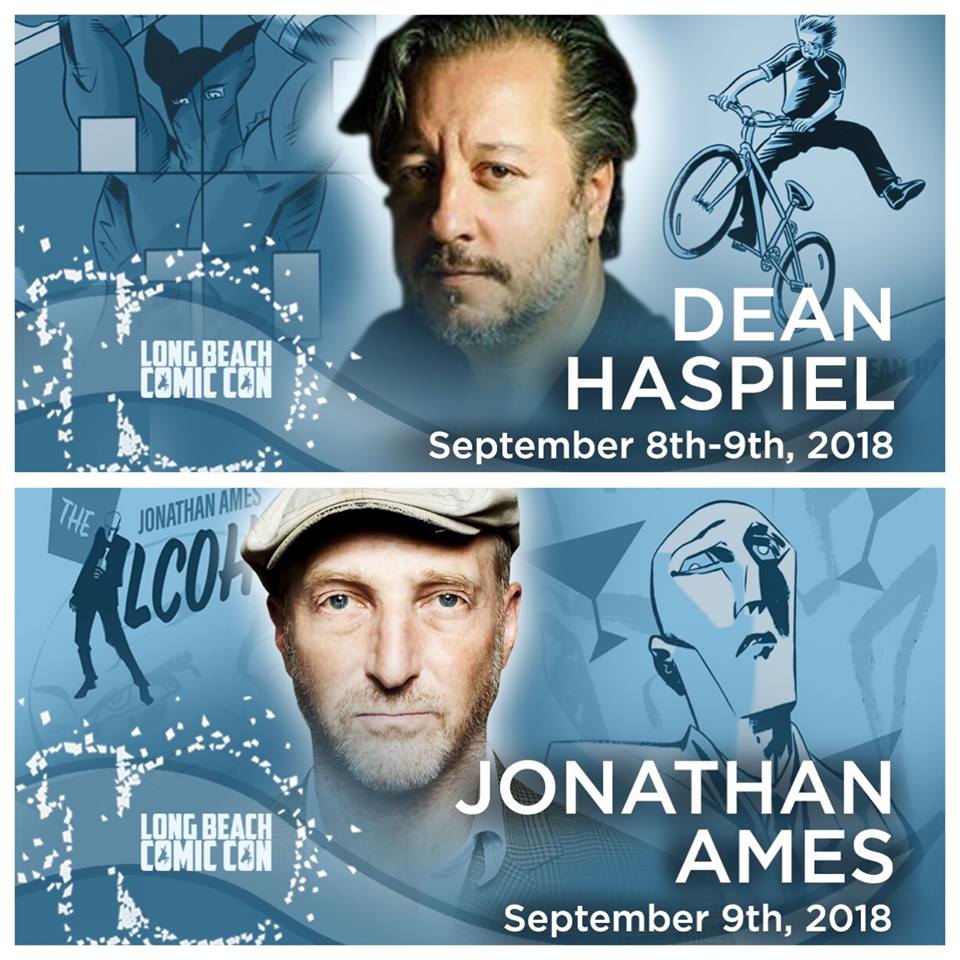 I'm a guest at Long Beach Comicon 2018. I will be doing panels and a couple of signings, including hanging with my pals, Jonathan Ames and Bob Fingerman.

4pm - 5pm From Punching Nazis to... Not Punching Nazis?: Superheroes and the Worlds They Live In / Room S1
DC’s biggest heroes were born as America entered World War II. Marvel’s biggest heroes were created in the heart of the Cold War. How do these heroes and more-modern ones reflect the world of today? Take part in a discussion with Emmy winner Dean Haspiel (THE RED HOOK), novelist Matt Wallace (GREEDY PIGS), Bryan Edward Hill (DETECTIVE COMICS), and Brian Buccellato (THE FLASH, LOWLIFES), moderated by sacrificial lamb David Gallaher (THE ONLY LIVING BOY).

12pm - 1pm THE ALCOHOLIC at Ten: Jonathan Ames and Dean Haspiel / Room S1
Jonathan Ames–creator of BORED TO DEATH (HBO), BLUNT TALK (Starz) and author of YOU WERE NEVER REALLY HERE, recently adapted into a movie starring Joaquin Phoenix–and Emmy Award-winning cartoonist Dean Haspiel (THE RED HOOK, WAR CRY) discuss the 10th-anniversary edition of their graphic novel THE ALCOHOLIC, as well as their other collaborations in a memorable conversation moderated by cartoonist Bob Fingerman (MINIMUM WAGE, MAD MAGAZINE). Ames and Haspiel will follow the panel with a signing at Booth #TK, hosted by THE BEAT.

"Dean Haspiel’s art lives in absolute symbiosis with Jonathan’s writing, each enhanced by the other. Perfect juxtaposition between soaring heights and crippling depression exist in the same panel, the “yeah, I guess I could do one more line” and the waking up in bed with ten girls and no job, the nervous excitement of sexual encounter, and crippling embarrassment when it all falls apart in the instant. The daydreams and fantasies, the comical facial expressions, every detail and cast extra crowding him in to accentuate what is ultimately his seclusion in addiction." 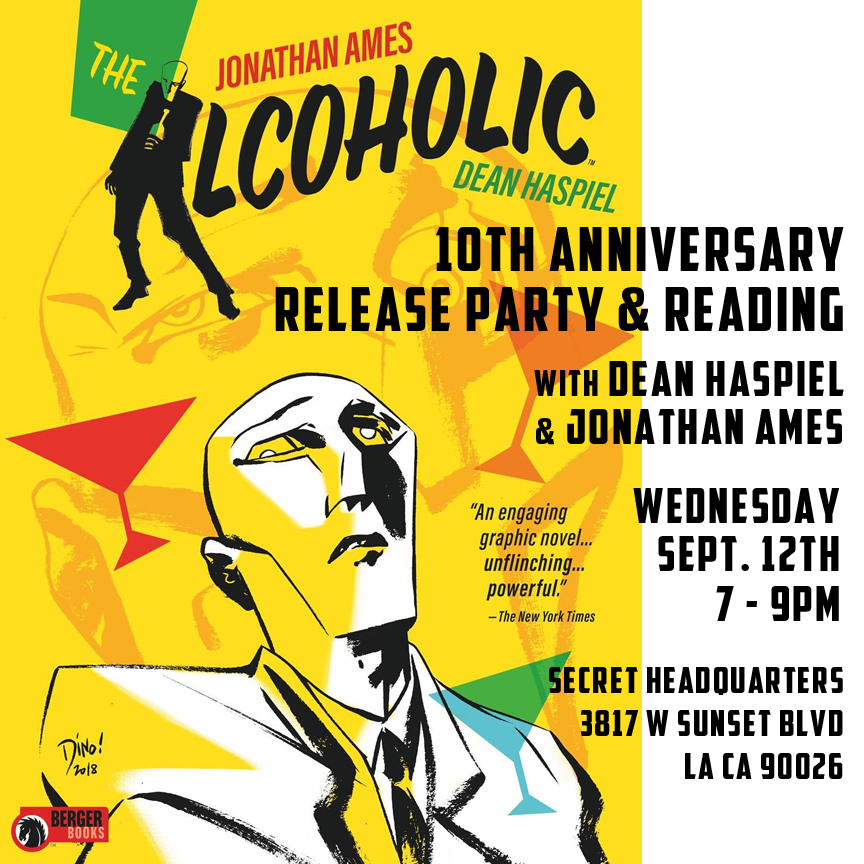 Brings pals!
Hope to see you there.
Collapse