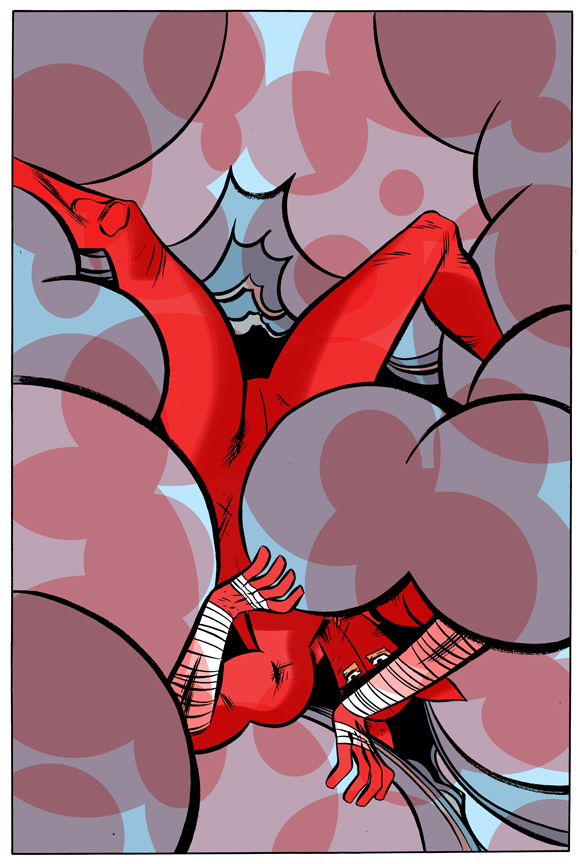 After a twelve year hiatus*, I will be at San Diego Comicon 2018 promoting THE RED HOOK, and the 10th Anniversary edition of THE ALCOHOLIC (my graphic novel collaboration with Jonathan Ames).

Here is my weekend schedule:

11am - 12pm We Believe in Suspense Image Comics panel in Room 7AB
Comic scribes wield character, dialogue, and panels with clockwork precision, leading readers through a gauntlet of plot beats designed to ratchet tension and escalate stakes. In concert with artists, these storytellers operate outside budget constraints to orchestrate explosive dramas without any limits save their own imaginations. Listen to a panel of thrill gurus including Donny Cates (Redneck) Mirka Andolfo (Unnatural), Steve Orlando (Crude), Jacob Semahn (No. 1 with a Bullet), Megan Hutchison (Rockstars), and Dean Haspiel (The Red Hook) as they deconstruct their approach to weaving the tightest suspense in comics.

Rik Offenberger interviewed me about THE RED HOOK for First Comics News.