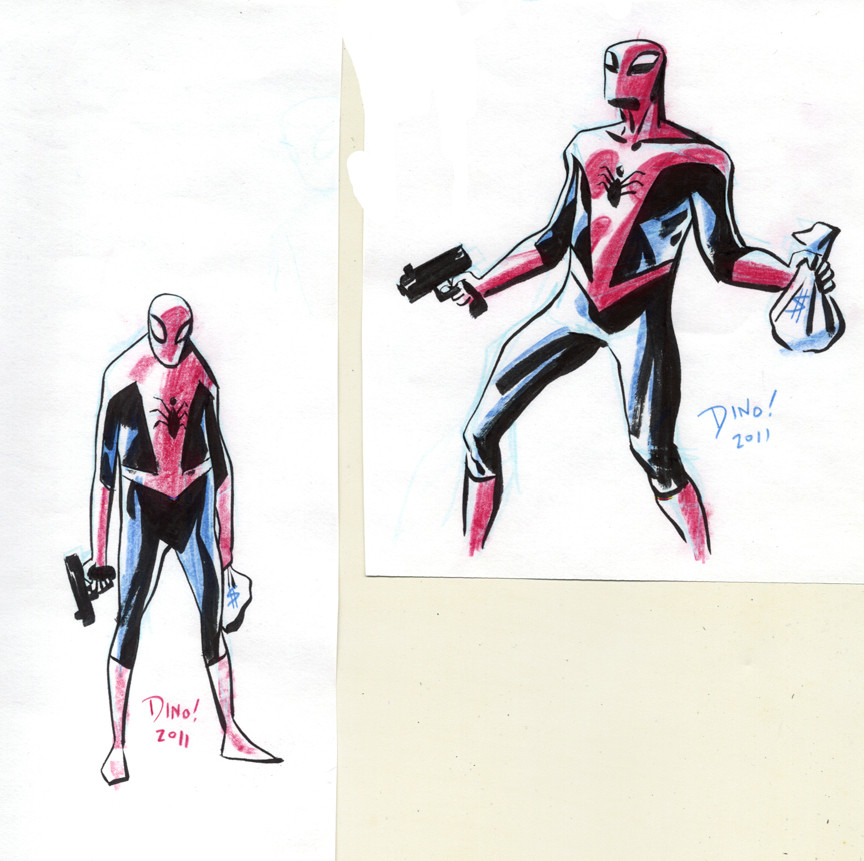 This one hit me hard. A comics industry legend. Honored to have met and spoken to him a bunch of times. Happy to have been influenced by his imagination. A true artist and auteur. Steve Ditko was a profound individual.

I often cite Jack Kirby as my greatest comic book influence. But, Steve Ditko was certainly on the Top 10 list of my favorite cartoonists. I don't have the faculty at this moment to discuss Ditko's craft and vision and how much his work affects me to this day. I'm still processing his passing. It's crystal clear how much Ditko innovated the industry and inspired so many creators.

In 2011, I was asked by then Amazing Spider-man editor, Stephen Wacker, to conjure an 8-page Spider-man story. His challenge? "What happened to the costume the night Peter Parker quit being Spider-man?" (from issue #50) I could do whatever I wanted to, just as long as the costume was returned to the garbage can in the alley by the end of the story.

Here's what I did, "Spider-man for a night," published August 22, 2012 in Amazing Spider-man #692, the 50th anniversary issue of one of the best superheroes ever created. Thank you Stan Lee and Steve Ditko. 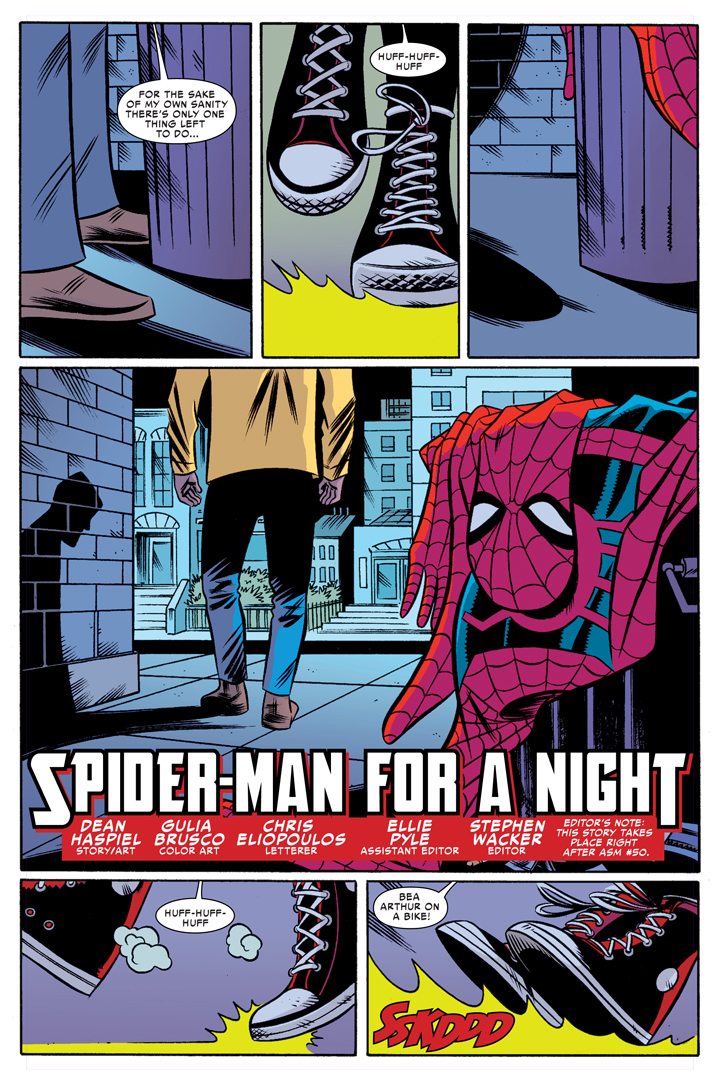 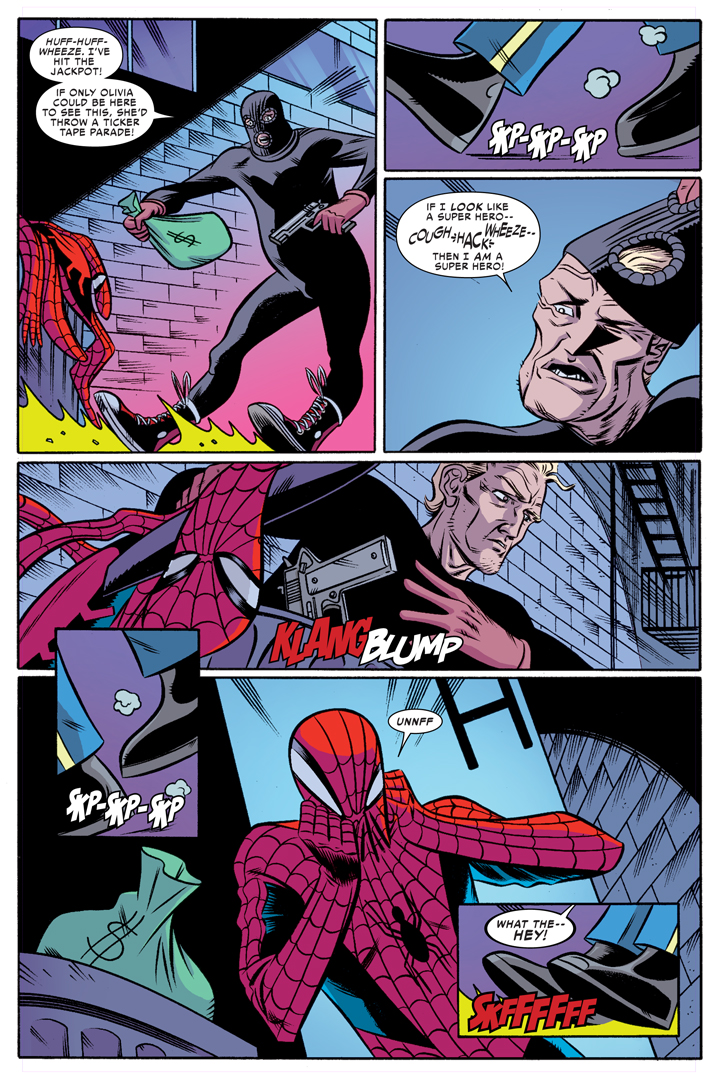 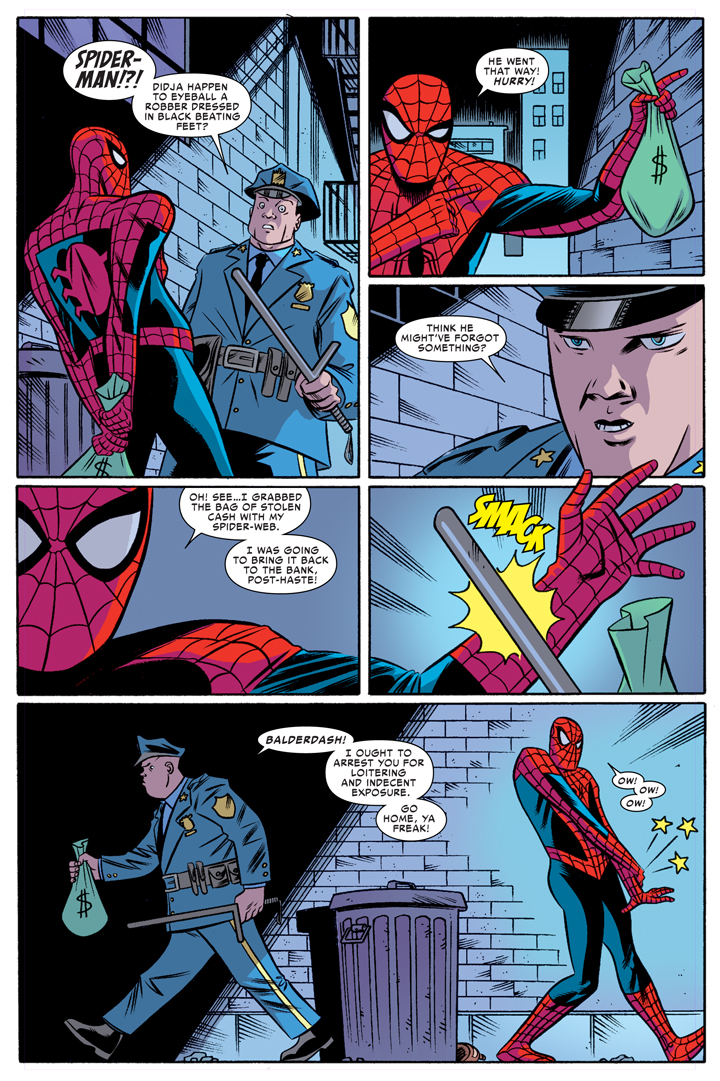 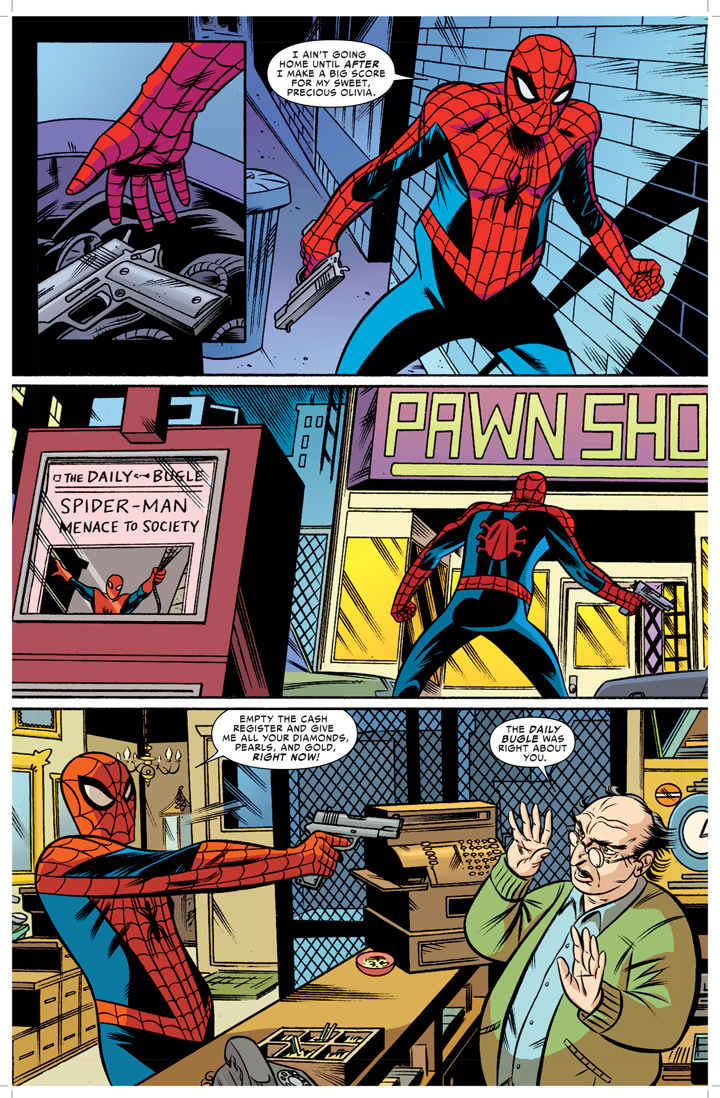 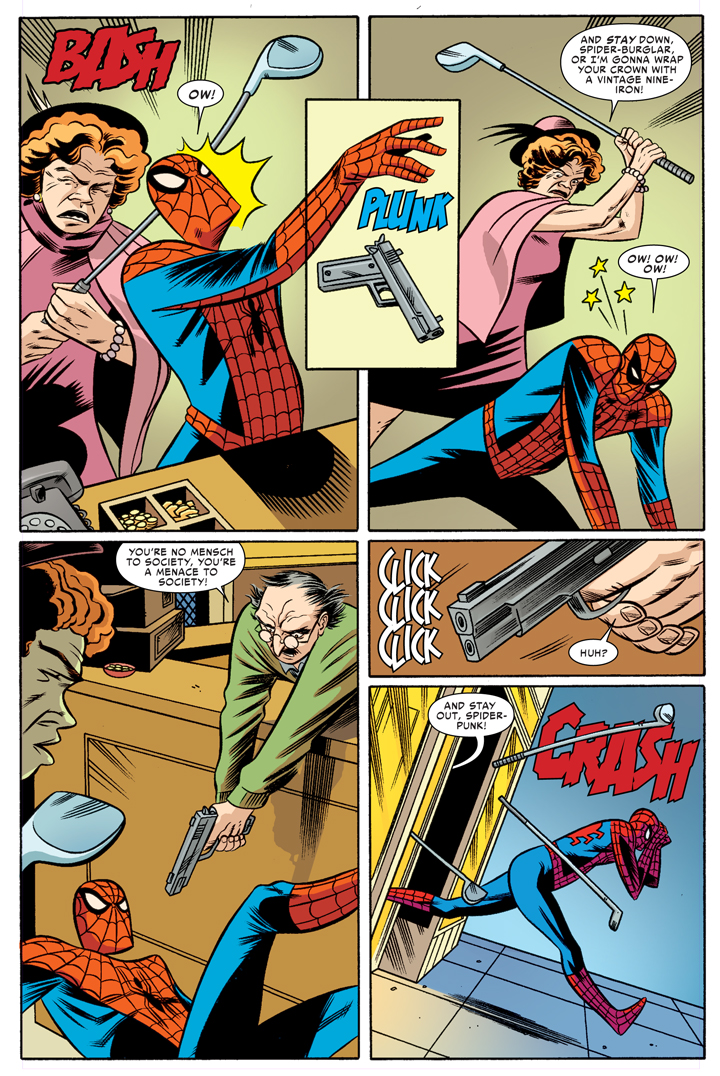 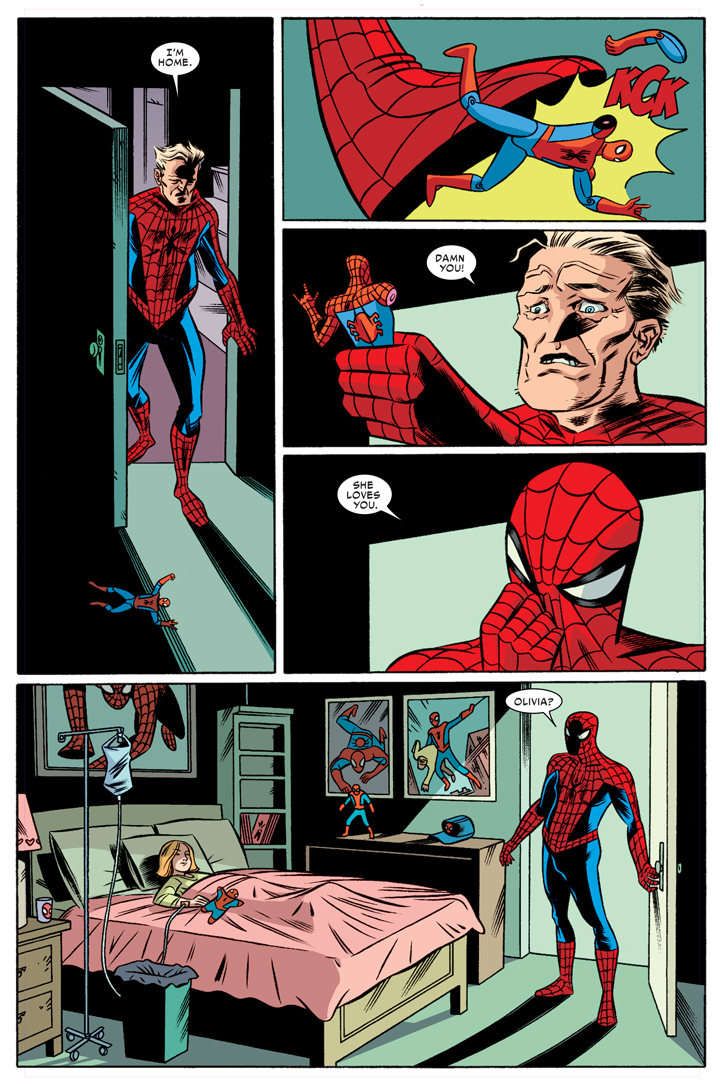 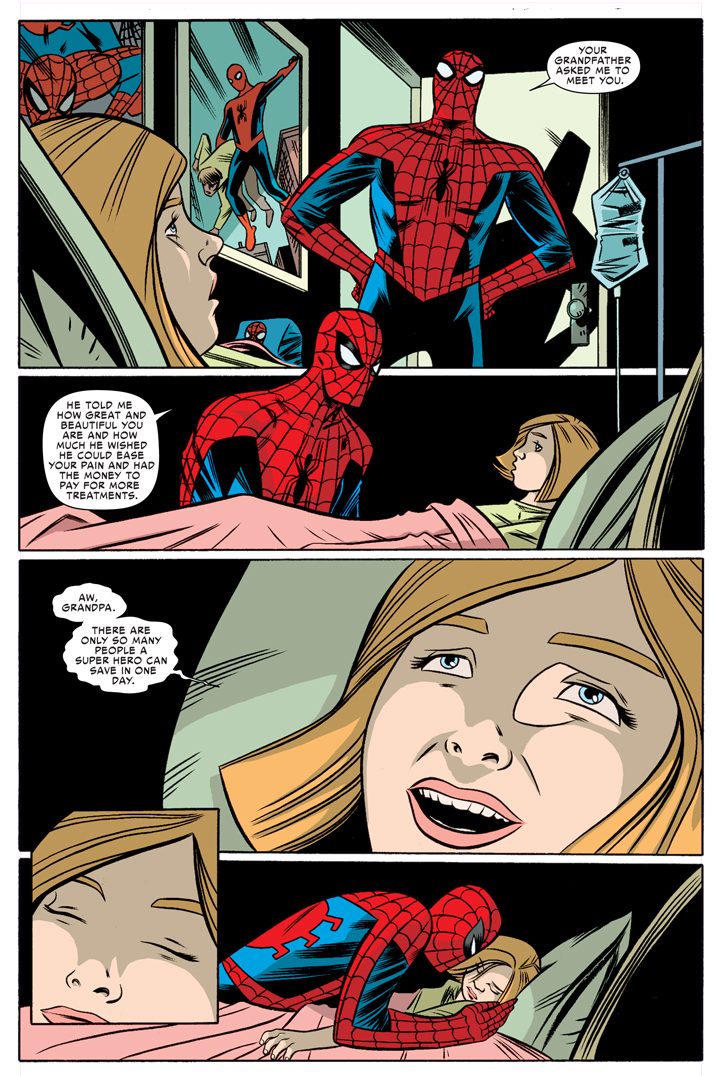 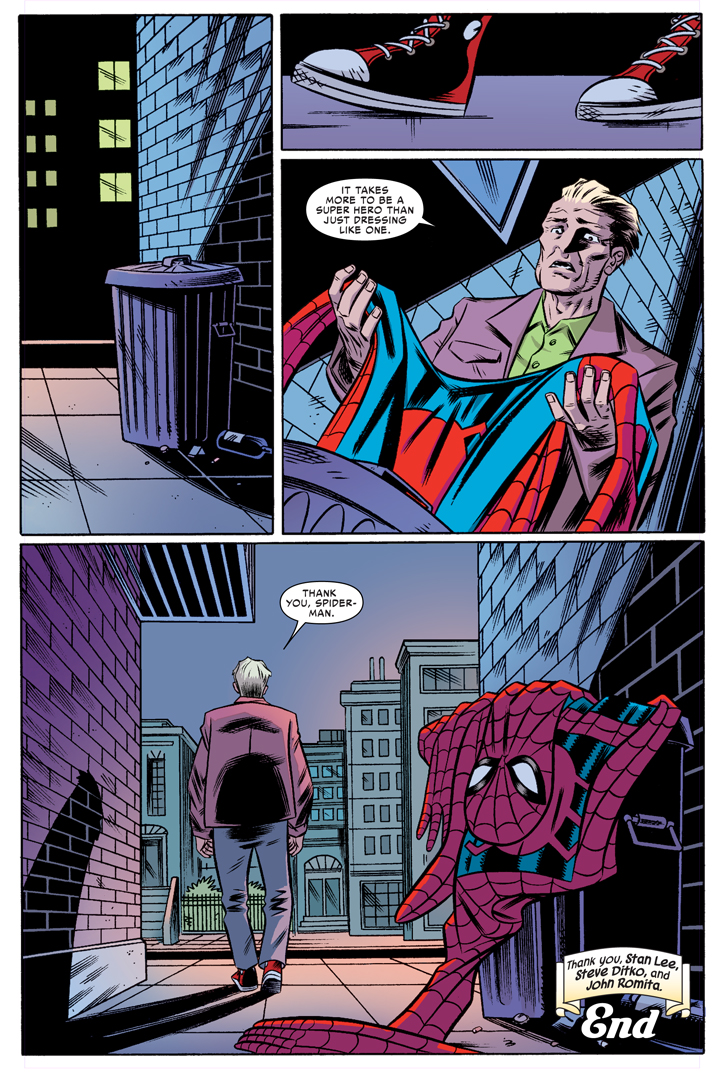 Every time I visited Steve Ditko, it was a cold call. I introduced Ditko once to my mother, and another time to a fellow cartoonist, Joe Infurnari. Ditko was nice but always hesitant. As if he was ready to shut the door if he didn't like who he saw. As my visits increased (five times total), I could tell his patience wore thin. The first time we talked, I gifted him a copy of CUBA: My Revolution. We talked about Cuba which he seemed to be interested in. I asked him if he still drew comics and he said "Everyday." His commitment to the medium energized me and I supported all of his Kickstarters. The most time we shared together was probably 20 minutes? He was initially kind but super private and easily irritated. I believe I gave him a copy of my Billy Dogma comix the second or third time we met, and I always wondered if that turned him off to me. Because our auteur work speaks for us, I wonder if he felt we had philosophical differences that drew the proverbial line. I think he had a tough time being empathetic to other points of views. Maybe that was part of the reason he was a recluse? I also wondered often about his relationship with people. Who did he confide in? Did he ever experience romance? How did that inform his work? I never asked him about that. The last time I was near his office/home, I spoke to the doorman and we shared Ditko anecdotes. They loved that Ditko resided there but everyone respected his mystery. I elected to not bother him ever again. I never corresponded with Ditko over mail but I intended to send him a copy of THE RED HOOK next week. I think he might've liked that one.

AJ Frost wrote a very kind review of my graphic novel, THE RED HOOK, at The Beat.

"a triumph of sequential storytelling. Besides being one of the most prolific and hardworking auteurs on the scene, Haspiel’s chops, imagination, and ingenuity are all on powerful display here as he tells the tale of a thief magically coerced into becoming a hero. It’s a thrilling and thoughtful ride."

"...the art throughout the book ebbs and flows from quietude to bombast. Every turn of the page reveals something extraordinary, which is an even greater feat because the book debuted without physical pages. The coloring in this book too is simply extraordinary. There’s an eclectic mix of pages that alternate between muted two color palette followed by huge explosions of hue and brio. There is always something new to discover here."

"The land of New Brooklyn is a fecund playing ground for the modern superhero. With the Red Hook, Dean Haspiel has created is a masterwork of the comics form. He goes for the high concept and succeeds in sticking the landing."

"Winner of the 2017 Ringo Award for Best Webcomic in its original online format, this lively graphic novel is a fast-moving, funky twist on the standard superhero. Haspiel (Beef with Tomato) gives the setting-as-character concept a literal version, imagining Brooklyn awakening as a life force when its people secede from New York State. Only Sam Brosia, a costumed superthief called the Red Hook, can save the heart of Brooklyn by turning from crime to become a hero. This postmodern Jack Kirby–style adventure injects superhero tropes into contemporary urban politics—or is it vice versa? Underneath the fantastic, funny exterior lies a fable of strength and righteousness populated by heroes and villains with punny local names: the Coney, the Sheep’s Head, gang boss Benson Hurst, and superhero the Green Point, who bestows upon Sam “the Omni-Fist of Altruism,” an inner selflessness, and borough awareness. Haspiel’s dynamic and energetic page layouts lean into the over-the-top visual absurdity of his gag, with characters in spandex costumes battling as urban ballet against a backdrop of recognizable Brooklyn architecture rendered with detail and authenticity. Haspiel sets up a playful, novel mythology in the Red Hook’s mission of salvation with room to expand (despite rent inflation!) in the ongoing series."