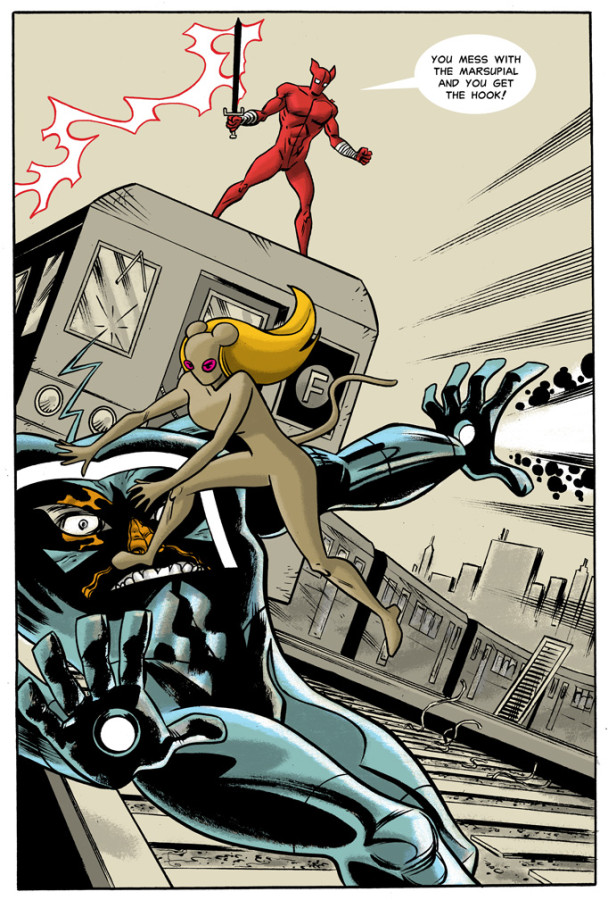 I'm honored to participate in an exhibit, "Underground Heroes: New York Transit In Comics" at the NY Transit Museum. Some of my art from THE RED HOOK will be featured among a train of esteemed cartoonists (only a few of who are listed in the press release). When visiting NYC, please be sure to visit.

Here is the official exhibit information:

New York’s rich visual vernacular is a colorful setting for illustrated stories, so it comes as no surprise that our iconic transportation system plays a starring role in comics and graphic novels. Drawing on satirical cartoons, comic strips and comic books from the 19th through the 21st centuries, Underground Heroes: New York Transit in Comics is a raucous ride through New York’s transit system from a range of visual storytellers. The exhibit includes such luminaries as Winsor McCay, Will Eisner, Bill Griffith, Roz Chast, Ronald Wimberly and Julia Wertz whose work demonstrates the influence that mass transit has on the stories that are irrevocably woven into the cultural fabric of New York City.

The Big Apple is often as important as the people (and creatures) in comics narratives, and the creators of these fantastic stories draw inspiration from the world around them. The transit system serves as the scene for heroic rescues, as secret lairs for supervillains, and as the site for epic battles of wills. Subways, railroads, streetcars, and buses can whisk heroes to far-flung corners of the city, or serve as a rogue’s gallery of unusual characters.