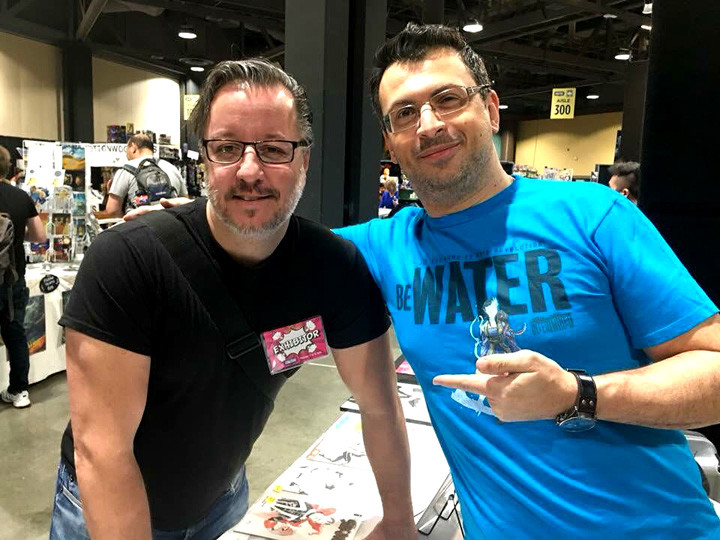 I'm a guest at Jewish Comic Con 2018 this Sunday, April 29th, and will be participating in two panels:

2:00 PM – 2:55 PM // STAN LEE AND JACK KIRBY: INFINITE VISIONARIES
Who were the founders of the Marvel Universe? Visionaries for sure! Let's take a trip down to memory lane to revisit the early days of Marvel. Where it all began. With Danny Fingeroth (who's working on a Stan Lee biography), Arie Kaplan, and Dean Haspiel (The Red Hook).

4:00 PM – 4:55 PM // BROOKLYN: THE TOUGH JEWS PANEL!
When you think of Brooklyn, you don't just think of Kol Israel! You think about comics. Brooklyn and its vibrant Jewish life have been covered in comics. Neil Kleid and Dean Haspiel will sit down with us to describe their Brooklyn.

Jewish Comic Con explores how Jewish identity has influenced comics, both on the page and behind the scenes. But it isn't just for the "members of the tribe". It's for everyone. It's a love letter to the creators of the comic book medium and their heroes!

The event features an artist alley filled with friendly, engaging creators, and a day full of fascinating panels.

Kosher lunch will be available to purchase from the JJ's Holy Cow food truck.
Tickets start at $20
http://jewishcomiccon.org/