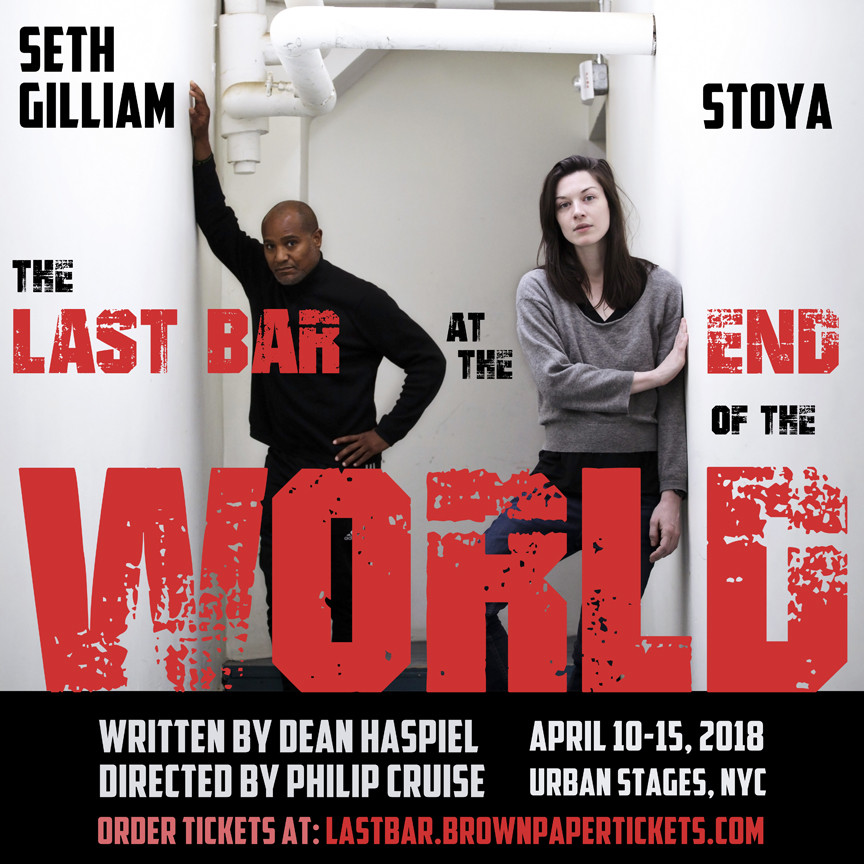 Heidi MacDonald conducted a roundtable interview with me, Philip Cruise, Stoya & Seth Gilliam about my play, THE LAST BAR AT THE END OF THE WORLD.

"When I wrote my first play, SWITCH TO KILL, I didn’t intend to launch an expanding universe like I did with my “New Brooklyn Universe” comix at LINE Webtoons, featuring The Red Hook, War Cry, The Purple Heart, and more. But, world-building comes naturally to comic books, and to me. When I wrote my second play, HARAKIRI KANE (aka Die! Die, Again!!), I had a scene that begged to be connected to my first play and so I mollified the muse. When I was writing my third play, THE LAST BAR AT THE END OF THE WORLD, I intentionally made a connection to all three stories, ergo a trilogy, which are loosely tethered by, of all things, existential hit men."

"To keep my script writing process pure, I didn’t consult anyone except for director Phil Cruise who asked me questions about the bar and its purpose. We had a lot of conversations about what the Last Bar is and what it means to me so that he could impart his own understanding as a director. The bar I occasion in real life is Sunny’s Bar on the waterfront in Red Hook, BK/NY. It’s like a church. But, despite its spiritual influence on me the past two decades, the “Last Bar” in my play is not Sunny’s, at all. The Last Bar is something else. But, I always encourage my theatrical collaborators to imbue my characters with their personal experiences. Make my story theirs so that it becomes ours."

"My new play is a combination of the best parts of a screenplay I wrote years ago coupled with a few essays I wrote while on retreat at Yaddo (the artists residency in Saratoga Springs, NY), and a lot of brand new stuff. It’s more emotionally autobiographical than my other plays, and funnier. The idea of a “post-truth” world bugs me and I wanted to wrestle with that while addressing other, more personal concerns.

And, with what I’ve observed and listened to, watching these incredible directors and actors create a living space out of minimal means, elevates my game, as I focus on character and pace over props and place. I specifically wrote a charged scene between Seth Gilliam and Stoya, hoping they would agree to perform it. But, seeing it breathe and behaved is so different from reading it in your head and I adjust my script accordingly for maximum impact."

"The poster image is an homage to Jack Kirby’s Bruce Banner who, for those few not in the know, was blasted by Gamma rays and transformed into the Incredible Hulk. And, even though there is no Hulk in the Last Bar, the story deals with transformations, and Jack Kirby, my favorite cartoonist, is celebrated throughout the play. The protagonist, a dying cartoonist, has to come to terms with his own truths in order to become a tyrant of his own destiny." 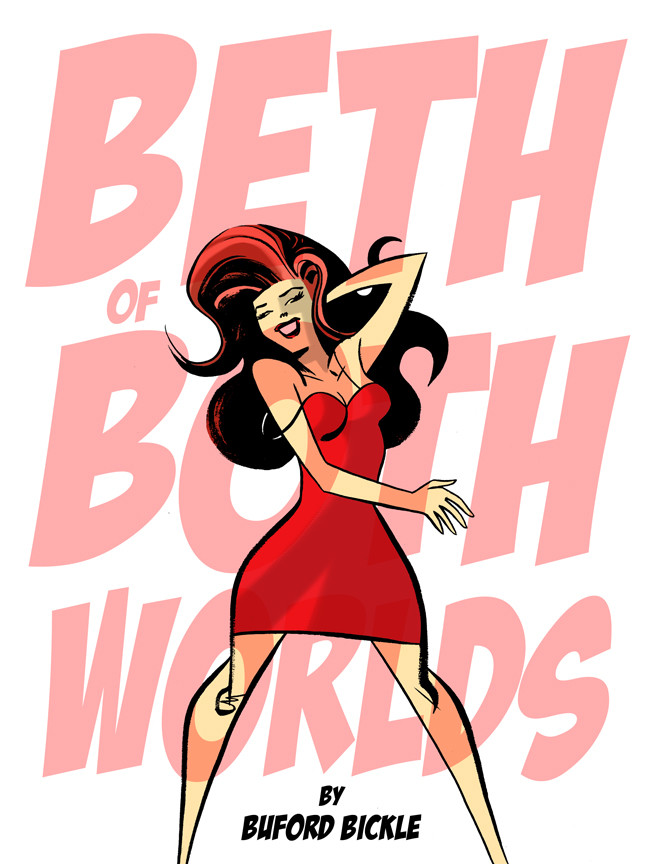 I wrote a brief piece for Bleeding Cool about Jack Kirby's influence on Buford Bickle's comix & career, the protagonist in my play, THE LAST BAR AT THE END OF THE WORLD.

You can read abut it here: https://www.bleedingcool.com/2018/04/10/jack-kirby-bar-end-world-dean-haspiel/ 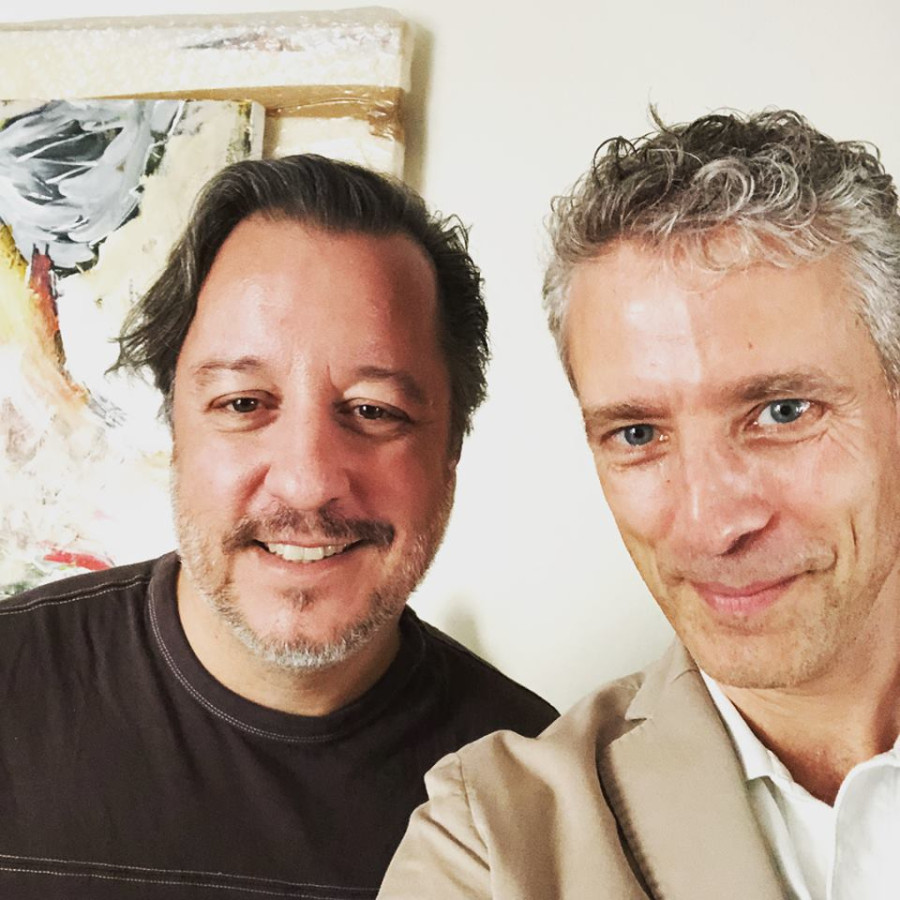 I had the great pleasure of talking with Gil Roth for The Virtual Memories Show, one of the very best podcasts being produced today.

Here's what the episode is about in a nutshell:

Cartoonist and playwright Dean Haspiel joins the show to talk about his new play, The Last Bar At The End Of The World (running April 10-15, 2018!) and how he looks at his life & career after turning 50. We get into his New Brooklyn series of webcomics, our mutual upbringing on superhero comics, the inherent lie of being a freelancer, his father’s friendship with Marilyn Monroe, writing for theater vs. comics, his devotion to Mamet’s On Directing Film, my theory that most of Tarantino’s movies are about acting, fulfilling his youthful dream of drawing the Fantastic Four, and the validity of Jack Kirby’s (apocryphal) statement, “Comics will break your heart.”

Listen to it here: http://chimeraobscura.com/vm/episode-264-dean-haspiel
Collapse