Comic book shops are dropping like flies. Just found out that, after 25-years in business serving the comic book industry and community, Meltdown Comics in Los Angeles is shuttering at the end of March.

On Facebook, illustrator & comics historian, Arlen Schumer asked me, "If the superhero mainstream can't keep comic book stores in existence--what does that mean for the Indy market?"

If fans of the cinematic versions of comic books are too daunted to pick up a Marvel or DC comic book because there's too much to weed through and/or "know" (hello, continuity police) or whatever, then MAYBE -- just maybe -- new readers are willing to try out NEW COMIC BOOK CHARACTERS and get in on the ground floor. And, instead of publishing monthly comic books at 24pp per cliffhanger, serialize 5pp per week online (Patreon?) and collect story arcs into graphic novels while growing a loyal fanbase. Or, if you don't wanna make webcomics, publish 48pp albums (European style) 2-3 times per year and collect those into graphic novels. Think Hellboy in a Tin Tin format. Meanwhile, Marvel & DC should (ha, I said "should") reduce their comic books to a handful of their most popular characters and super-teams and bring back ye olde Tales To Astonish formats (to try on new characters while refurnishing older/less popular I.P.). Get back to Marvel circa early 1960s when that universe was much more manageable (and fun) to navigate. Reduce the staff to ten people. Hire top tier creators who are still willing to bring their A-game to company-owned characters but let them do their thing. Let 'em sing like they used to when no one was looking while editors encourage innovation. Meanwhile, follow the auteurs because no one is telling them what they can't do.

Because Marvel produces their cinematic universe, I might launch a small line of CMU comics that follow the continuity of the movies. Why the hell not? DC, too. Also, I would keep a line of legacy superhero stories that publish origin and milestone stories.

As for retail, I've suggested before to open up a laundry mat that sells coffee and beer and...(wait for it)...comic books! You got an hour or so to kill, right?

Meanwhile, my local shop, JHU Comics' launched a GoFundMe campaign to help move and keep a store in Manhattan: https://www.gofundme.com/savejhu 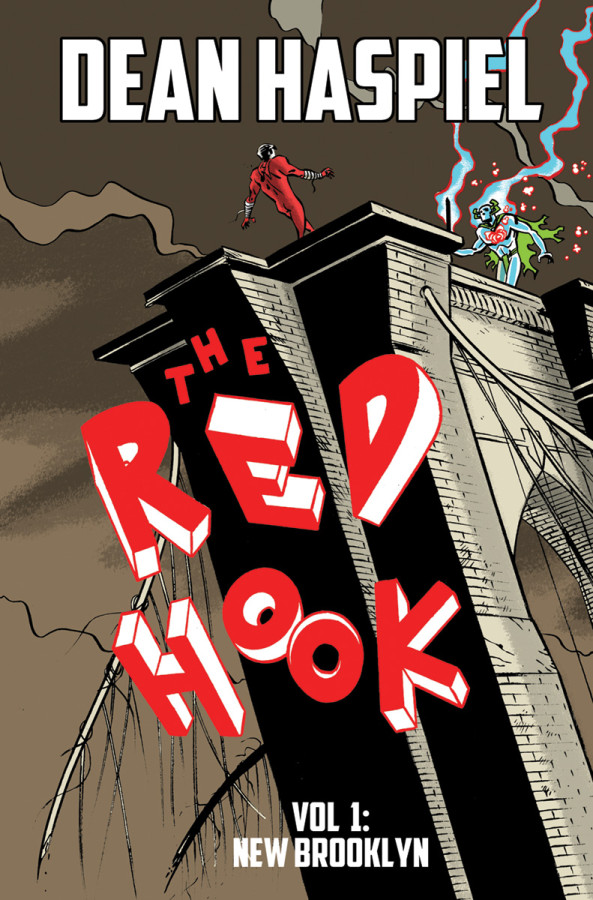 Winner of the Ringo Award for Best Webcomic 2017, this book collects the first volume of THE RED HOOK, a super-thief who is bequeathed the Omni-fist of Altruism and transformed into a hero against his will a year after a sentient Brooklyn's heart is broken and physically secedes from America.