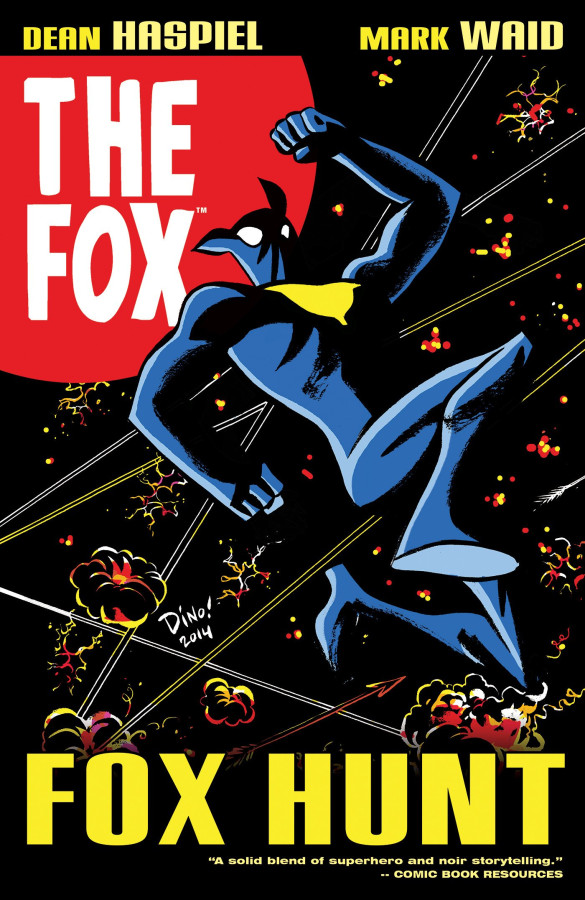 Good news! "Fox Hunt," the second Fox story arc I plotted & illustrated for THE FOX, published by Archie/Dark Circle, and scripted by Mark Waid, is finally being collected in September 2018.

THE FOX: FOX HUNT is the clever, darkly humorous story of The Fox, a father and vigilante hero trying to keep his family alive and together. Plotted and illustrated by acclaimed, Emmy-winning artist Dean Haspiel, and scripted by Eisner Award-winning comics legend Mark Waid, The Fox is similar in tone to Waid's DAREDEVIL.

Paul Patton, Jr. dealing with the reality that his son wants to be like his father: a superhero, the very thing Paul no longer wishes to be himself. However, a psychopathic philanthropist won't let Paul end his duel identity when he puts a million dollar bounty on The Fox's head for messing with his business plans. Attracting a slew of super-villains, The Fox has to find a way to survive their attacks and save his son from a life fighting crime while coming to except his true calling.

The first THE FOX story I plotted & illustrated (and scripted by Mark Waid) is called "Freak Magnet" https://www.amazon.com/Fox-Freak-Magnet-Mark-Waid/dp/1936975939/
Collapse