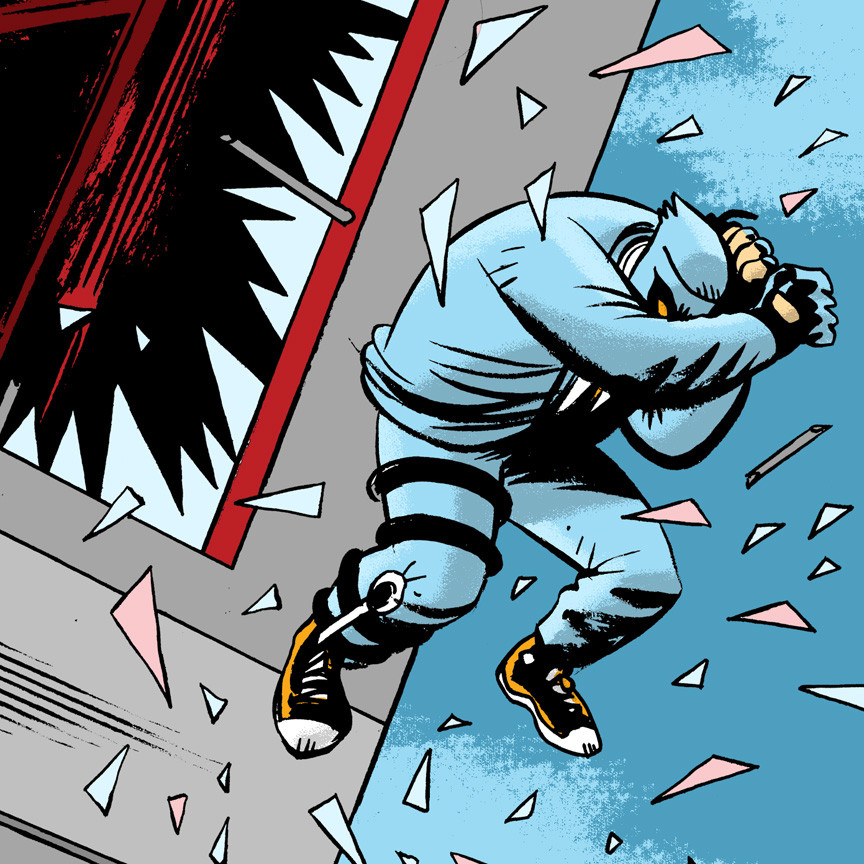 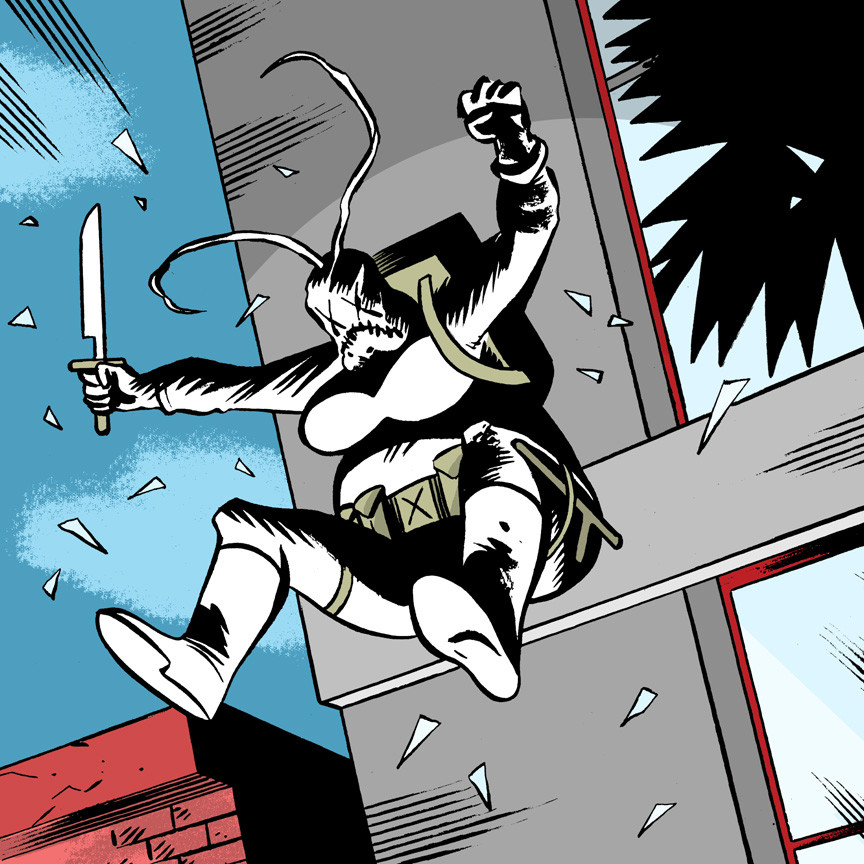 Here is a link to a Publisher's Weekly article about the comics industry asking The NY Times to restore Graphic Bestseller lists for graphic novels: https://www.publishersweekly.com/pw/by-topic/industry-news/comics/article/75998-comics-industry-asks-nyt-to-restore-graphic-bestseller-lists.html

I honestly have mixed feelings about lists like this. Artistic merits aside, it becomes a popularity contest for publishers with deep pockets, great business relationships, intensive marketing campaigns, and lazy consumers. These lists NEVER sway me to see a movie, read a book and/or listen to an album. Never have. Never will. HOWEVER, I have to assume lists like these influence A LOT of consumers. So, there is a lot of power in these lists.

Bottom line: let's give graphic novels their due; give 'em some space to share among books, movies, music and other popular media in our go-to-institutions for "what sells" (if not necessarily "what's cool"). Lord knows graphic novels SHOULD sit at the same table as the others. And, let's not forget the outliers and small comix publishers who fight the good fight and never even get a mention on them there lists while they continue to innovate the form.

In other news, when are we gonna get more webcomic reviewers? As much as I covet & crave print, the future is digital. The future is in your hands (literally). Let's tell our print comix fans more about it.

A comix peer asked, "If anything it'll encourage competition among creators. I can't speak for the comics community as a whole but at CCS there didn't seem to be much encouragement of competition which I think is important in creation of anything your planning on selling."

Healthy competition is good. But, there are games being played that a bunch of cartoonists and publishers don't have a rook, much less a pawn, to enter the game with.

The comix peer asked, "Do you mean going up against companies like Marvel and DC? Because now may be the perfect time to hit them as Marvel is losing a lot of its long-time fans due to poor characters and stories with their big-name arches like Iron Man and Miss Marvel."

Actually, Marvel doing well makes everyone in comix do well. Their sales uplifts the industry. Marvel Comics is the product that saves most brick & mortar comix shops from going under. So, in a way, the NYT List I have some gripes with is, at the very least, keeping cats like me alerted to what consumers are consuming while I wrestle with art over commerce concerns. And, I have no beef with large corporations who finally broke through (historically, Marvel has been on the brink of shuttering every decade, until now). When DC Comics starts to make more successful movies & TV that rivals Marvel, therein lies a healthy superhero competition, but it's still an upward battle for other kinds of comix that DON'T have eons-old Intellectual Property to exploit via movies/TV/etc.

It's a bigger, longer, more complex discussion to have than I can muster online, but the NYT List -- and others just like it -- never represent what any given form has to fully offer, DESPITE sales. Everyone know you can't pay rent with critical acclaim. 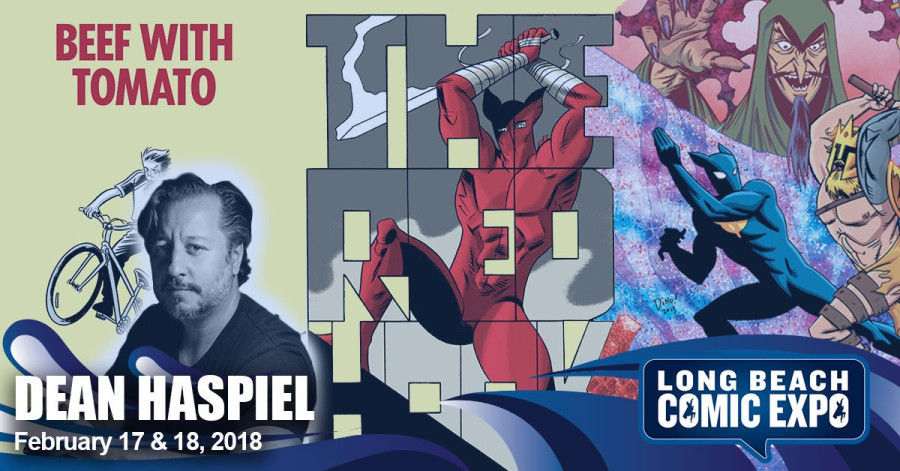 I am a guest at C3 (Comic Creators Conference) and Long Beach Comics Expo 2018 from February 16th - February 18th, 2018 and will be doing panels and signings all three days. Please come see me and ask about my current projects.

3:10-3:55pm / C3 Session 1: Comic Book Production - The Digital Workflow
Come learn how the whole production puzzle comes together, and where all the pieces fit in the digital workflow of creating comics. Join Adobe Education Leader Sean Glumace, colorist David Baron, publisher/writer Chris Dickens, and artist/writer Dean Haspiel for this panel on how the Adobe Creative Cloud and other programs are used in comic book production workflow from layouts, artwork, coloring, lettering, design, production, and more. Come learn how to put the whole production puzzle together, and where all the pieces fit. Adobe will be giving away a 1 year (12 month $599 value) subscription to the Adobe Creative Cloud during the panel.

4:00pm-5:00pm / Room 103 / Shelfing Yourself–Adventures in Self-Publishing!
Join comics entrepreneurs Buddy Scalera, Dean Haspiel, Barbara Randall Kesel and Neo Edmund for an insider’s view of the joys and perils of making your own books!

12:30pm-1:30pm / Room 104 / The Webcomics Advocates Present: The Webcomics Gathering
Join a group of experienced webcomics creators – including Dean Haspiel (THE RED HOOK, WAR CRY) – as they celebrate and discuss the exciting world of webcomics! Any webcomic creators in the audience will get thirty seconds to promote their comic to the crowd. All creators and fans are welcome!