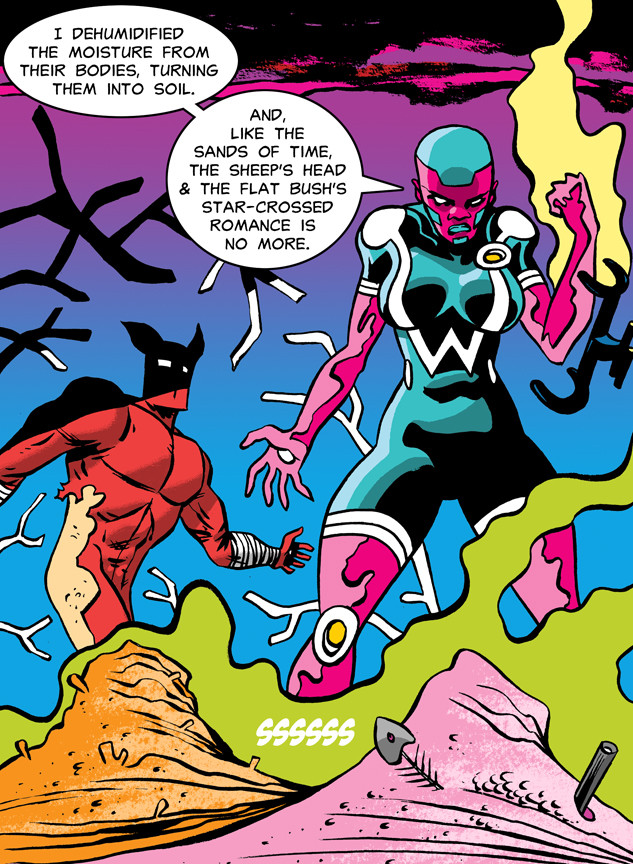 "War Cry debuted in early December, but dropped several chapters at the same time on this free reading platform. Though this is the follow up to his award-winning Line Webtoon comic The Red Hook, Haspiel is exploring quite different themes in many ways. While The Red Hook questioned superheroic tradition in a separatist realm known as “New Brooklyn”, and looked at the problematic rise of an unwilling hero, War Cry is set to explore notions of identity and personal aspirations toward doing good through its central hero, a being comprised of a young African American man who forms a hybrid being with a resurrected female hero from the previous storyline. Together they become greater than either could have individually been, but the wild rogues gallery they are up against is all the more overwhelming, and there are big stakes in this new comic, publishing on Wednesdays each week. Haspiel’s artwork is getting even more expansive and experimental in this new tale, bringing a liveliness to linework, whether in emotional encounters or fight scenes, that continues to feel inspirational. There’s an idealism in his work, however much it is tempered by a questioning attitude, that continues to shine a light of hope for the reader."