A Marvel story I drew 15-years ago got reprinted in a collection called "Spider-Man: Daily Bugle" this month and received this nice review from AIPT:

"Behind the Moustache is a gem that should make all comic readers curse Zeb Wells’ success on Robot Chicken. In it we get some classic JJJ self-delusion and an insight into what might actually make him hate Spider-Man so much. There are some neat visual flourishes from artist Dean Haspiel, too, especially when Jonah turns the emotional tables on his therapist, and Steve Buccellato’s colors compliment the more light-hearted story well." 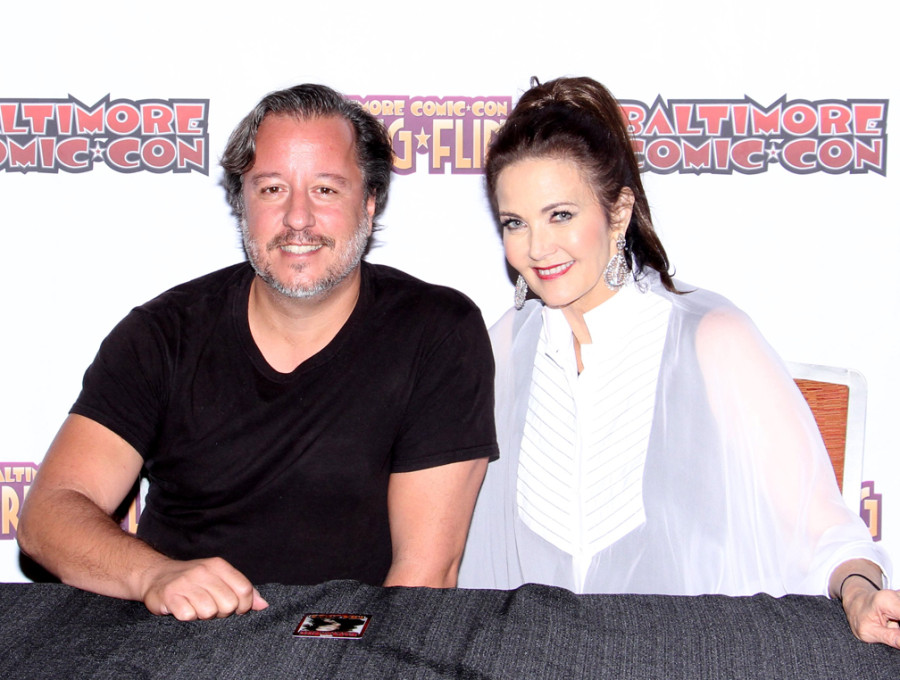 "I prefer print because I'm old and I like turning pages and holding paper in my hand. I miss newsprint. But, you can't beat the immediacy of digital delivery. And, as much as I dig the limited color palette and hit-or-miss print registrations of yesteryear, the clarity of back lit art on a screen is mesmerizing. So, it really depends on what kind of reading experience you wish to furnish. I often prefer limitations, they foster interesting challenges, but you can experiment more online, between infinite landscapes and vertical scrolls and sounds and moving images, there are many more ways to show a story. Working in vertical scroll terms continues to be a challenge because of the way the reveal is always at the bottom and pacing is controlled by the readers thumb. I've had to abandon my proclivities for landscapes and inset panels. I've thought about all this stuff ever since I revamped Billy Dogma at ACT-I-VATE in 2006. And, then cascading my webcomics efforts into Zuda, Trip City, Marvel & DC, hell, even The NY Times, and now, LINE Webtoons. I've done it all except launching a Patreon, which I'm considering soon. Why not? I've been giving away my wares for free for over a decade. I think it's okay to make a few bucks from my loyal fans and peers as long as I keep the trains on time. If Mark Zuckerberg can make money off of strangers posting pictures of their lunch and latest outrage, I can earn a nickel off my comix." 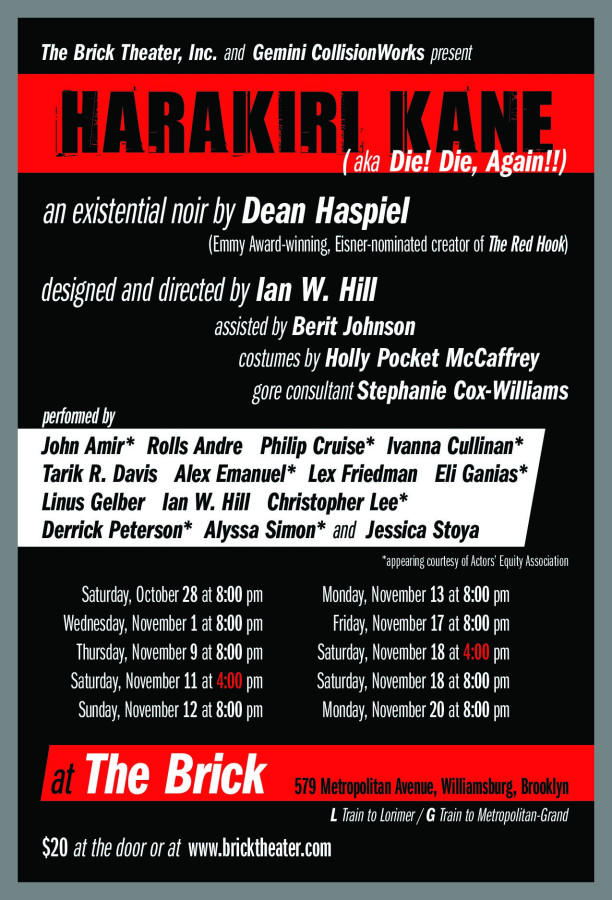 "I wrote the first draft of my play HARAKIRI KANE as a screenplay called BLACK EYE in the early 1990s. And, that went nowhere. Then, I wanted to draw it as a graphic novel called DIE! DIE, AGAIN!! but got rejected by several independent publishers. A year ago, I was hanging out with my old pal/actor Philip Cruise and we got to talking about me writing something for him to direct. I dusted off HARAKIRI KANE and thought about reducing it to its essentials as a one-act play, something short, but it kept growing and evolving. Phil cast the play with a bunch of SUNY Purchase alumni, old friends who had become renowned actors, and we did some readings of it. Alas, the price of producing a play in NYC put the kibosh on that version of the production until I asked director/actor Ian W. Hill if he was interested in producing my play at The Brick theater in Williamsburg, BK/NY. Ian had produced, directed and acted in my first play, SWITCH TO KILL, in 2014 (thanks to encouragement from local playwright Crystal Skillman), and he did a phenomenal job with it. Thankfully, Ian took my new play and cast it with a bunch of actors from his Gemini CollisionWorks ensemble, including Phil and a couple of other actors from the original inception.

I met Stoya via Jeff Krelitz, CEO of Heavy Metal. He wanted us to collaborate and we hit it off. I adapted an essay she wrote into comix form and it was published in the "sex" issue of Heavy Metal #281. I got to know Stoya a little more and realized she would be perfect to perform the lead female character in my new play. Stoya is an intelligent renaissance woman who can do anything she puts her mind to."

"WAR CRY, a sequel to The Red Hook is what I'm currently working on. It's about The Red Hook's dead girlfriend who has been resurrected into a Human of Mass Destruction by way of a teenage boy. It's wild and ambitious stuff inspired by Jack Kirby's O.M.A.C., and C.C. Beck's Captain Marvel (Shazam!), with a little bit of Steve Ditko's Hawk & Dove thrown in for good measure."