Excerpt:
"The Fox is one of the best comics on the shelves right now. The art work’s not quite family friendly (there’s the odd scene of mostly off panel violence that Dean Haspiel will highlight by having the odd bit of gristle or unidentified flesh appear on panel), but it’s a far cry from the gritty feel of many modern day comics. Waid and Haspiel‘s story telling is simply a joy to experience, and the light hearted tone never seems to go over the top into the realm of comedy, but certainly elicits a couple of chuckles from me each issue."

An article about DC Comics publishing the "Killer Croc" story I drew in 2013 for Batman '66, written by Jeff Parker, was made official. Our collaboration will finally come out in BATMAN '66 #28 in October, 2015

BATMAN ‘66 #28
Written by JEFF PARKER
Art by LUKAS KETNER and DEAN HASPIEL
Cover by MICHAEL ALLRED
On sale OCTOBER 28 • 32 pg, FC, $2.99 US • RATED E • DIGITAL FIRST
Two new additions to the ’66 Rogues Gallery are introduced in two stories. The Scarecrow is here to say “boo” to the good citizens of Gotham City, and to chase off the Caped Crusader. Then, a former henchman of King Tut has taken on a green, scaly look and roams the sewers under the city streets! 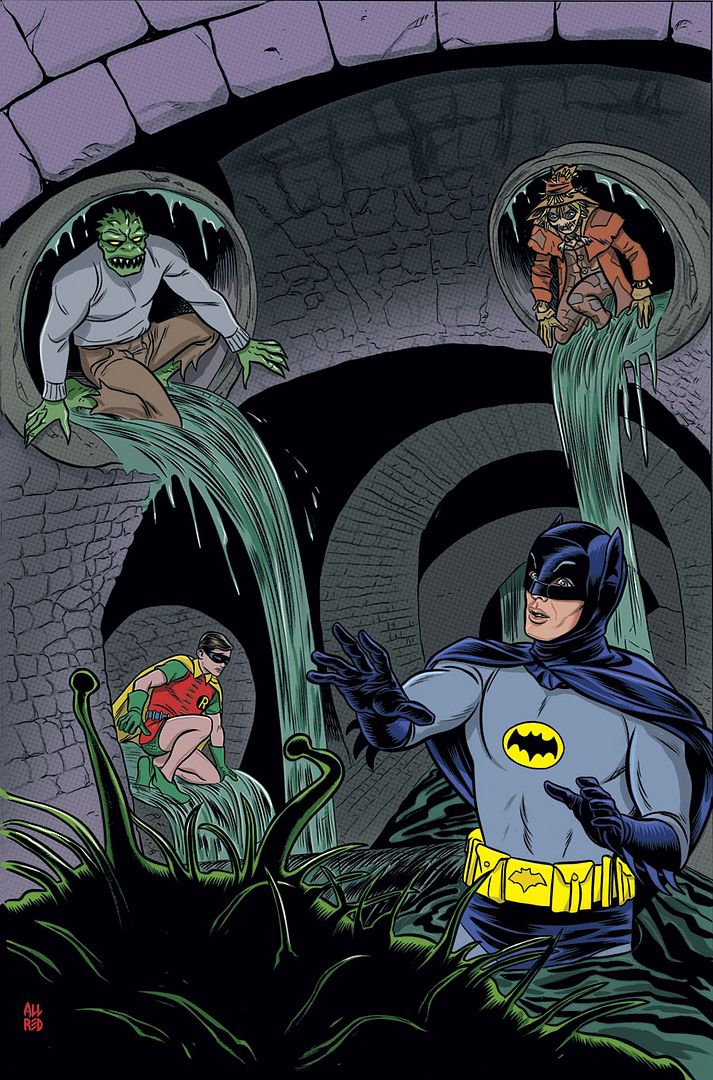