I was asked to present and talk about my mini-comix collection donation to the Library of Congress with SPX executive director Warren Bernard, where I also read two of my creator-owned comix. Luckily, roving reporter, Hannah Means-Shannon was able to document the affair.

EXCERPT:
"Haspiel recalled the indie comics scene of the 90’s as an era of producing works on 8×11 paper, xeroxing, and stapling a very “story-oriented” work. Now, Haspiel commented wryly, mini comics have become “way too sexy”, taking on an “art boutique form” to suit anyone’s fancy. He hopes that this “sexiness” won’t lure creators away from good storytelling and that the increasing presence of publishers looking for the next big mainstream hit at SPX and other shows won’t drive away the unique qualities of “self-motivated” comics creating."

Read the entire article: Dean Haspiel and Warren Bernard Introduce the Library of Congress to Indie Comics by Hannah Means-Shannon at The Beat:
http://www.comicsbeat.com/2012/09/19/dean-haspiel-and-warren-bernard-introduce-the-library-of-congress-to-indie-comics/#more-58759 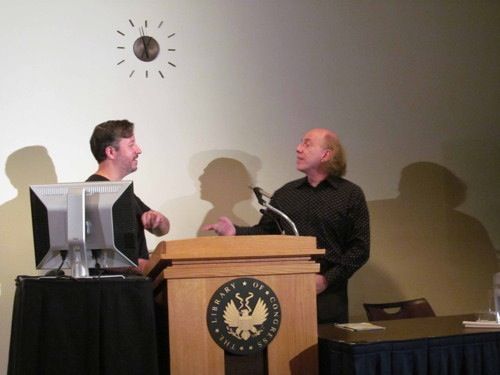 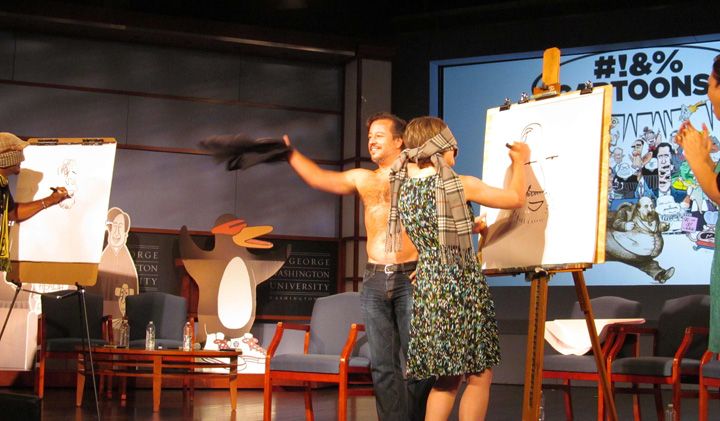 On the evening of September 14th, 2012, I helped judge the Literary Death Match alongside Heidi MacDonald and Gene Weingarten in Washington DC where cartoonists Keith Knight, Mike Peters, Jen Sorensen, and Mark Fiore competed against each other. During the contest finale, Keith and Jen were blindfolded and forced to draw me in 30-seconds and I decided to pull a prank by stripping, flipping, and donning my t-shirt before they could know what happened. Ironically, Keith drew me semi-nude and won the match!

[Keith Knights blind yet brilliant depiction of me in 30-seconds]

Here is a link to the official LDM report: http://www.literarydeathmatch.com/journal/dc-ep-4.html
Collapse