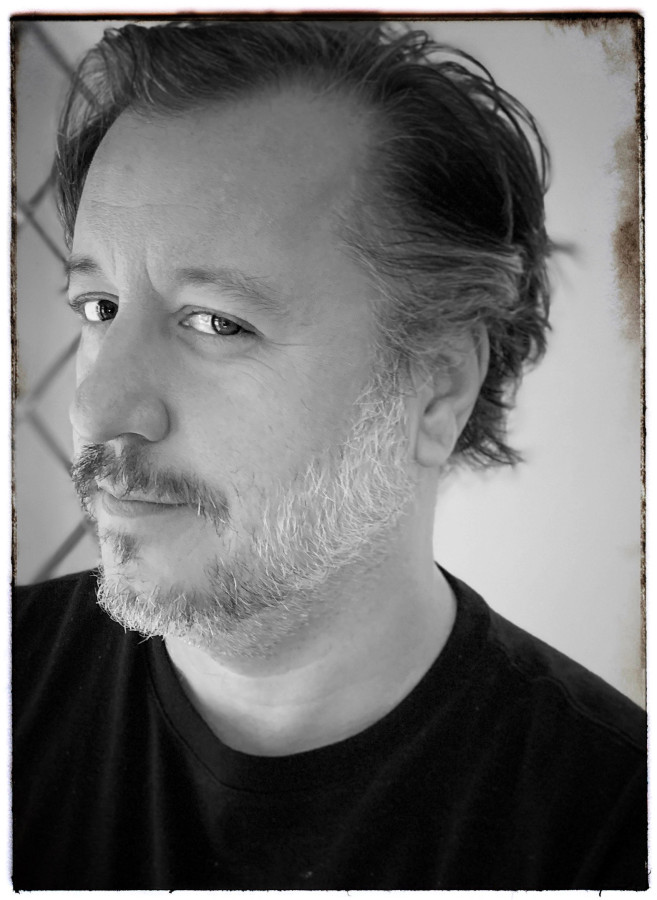 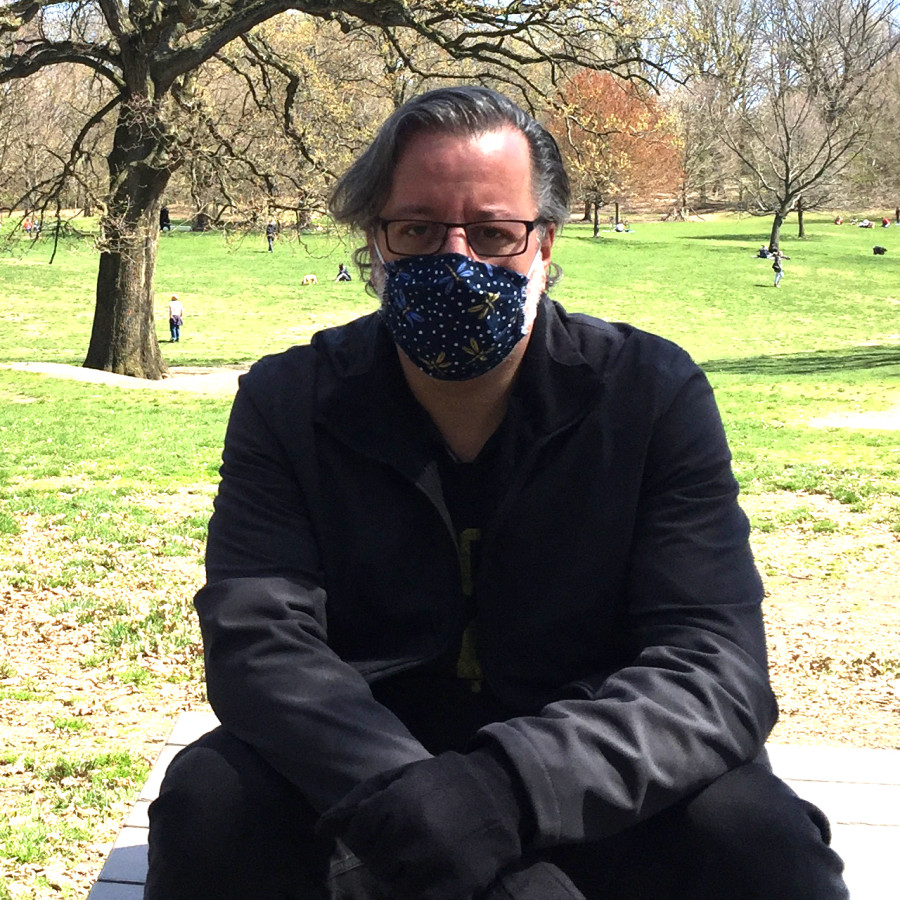 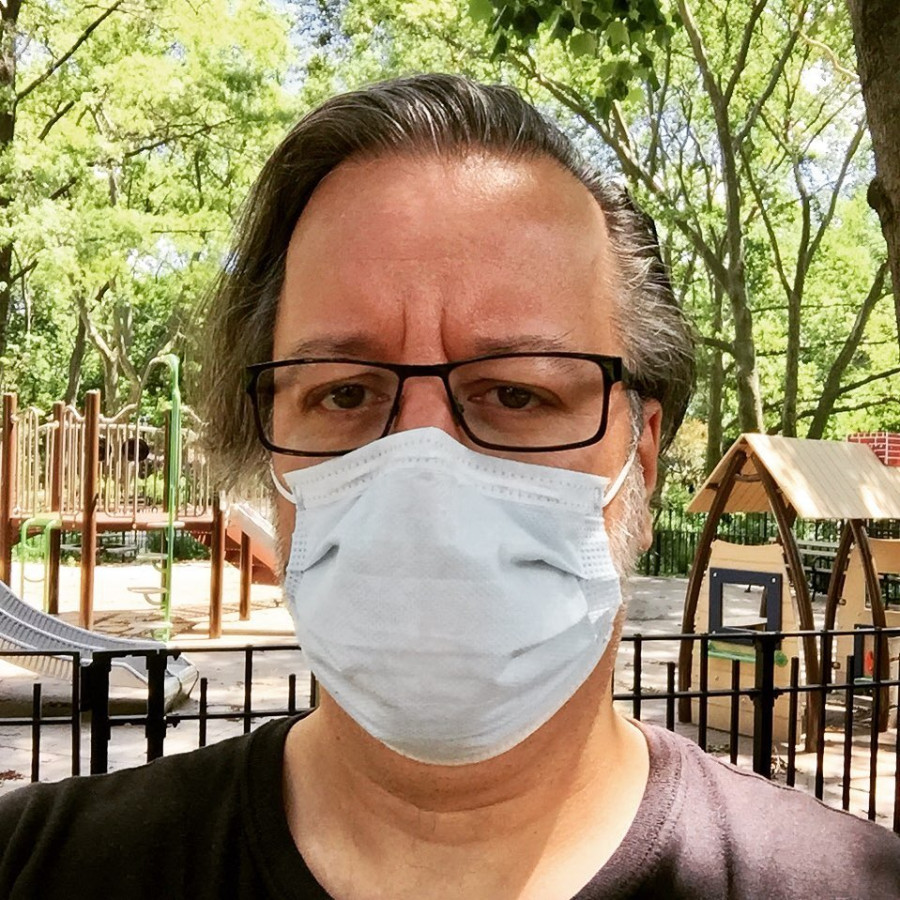 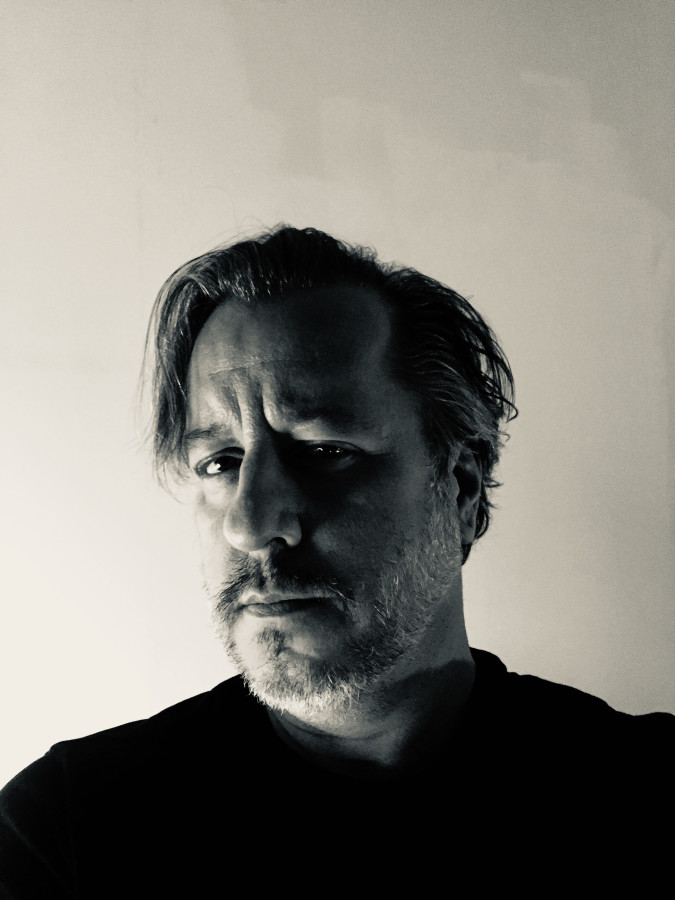 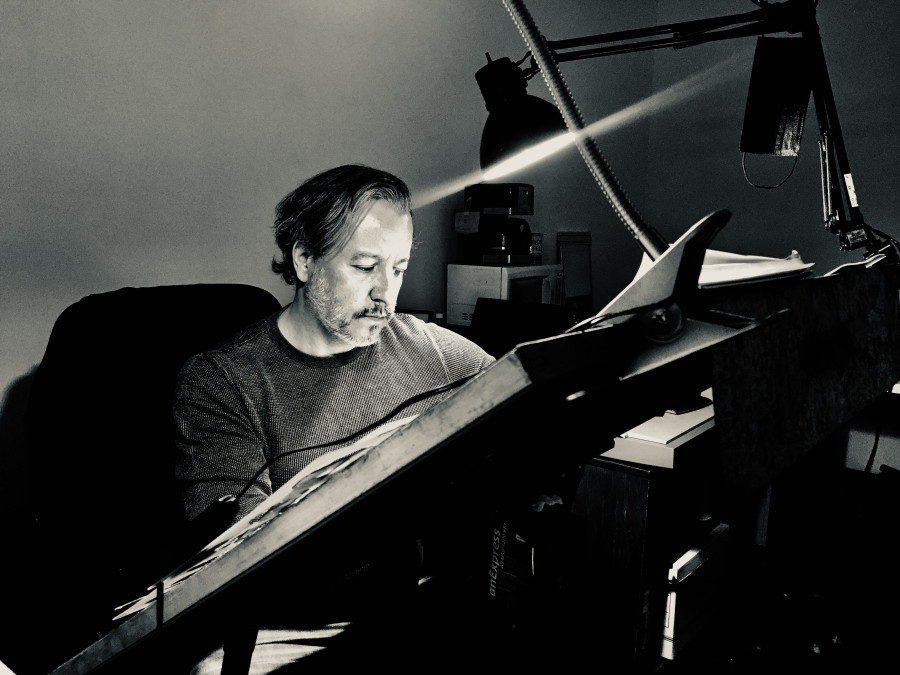 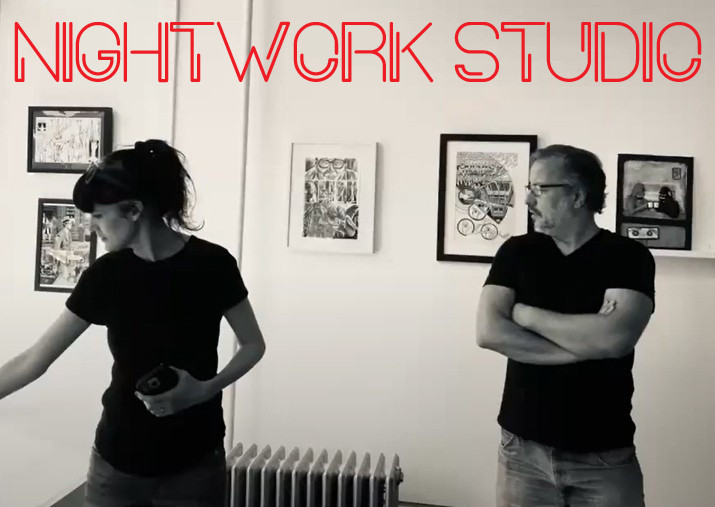 Listen to SCENE BY SCENE WITH JOSH & DEAN, the podcast that breaks down American Splendor the movie, Josh Neufeld & Dean Haspiel's relationship with the late/great Harvey Pekar, and growing up in NYC learning to make comix: http://scenebyscenepodcast.com/

No permissions. No apologies.

Exploit the narrative real-estate of the blank page while yielding to the collaborative virtues of words and pictures where image is text, too.

My father, James Haspiel, talked about his friend Marilyn Monroe and all the movies made about her, including the upcoming "Blonde" on Netflix, to Cindy Adams on her podcast. 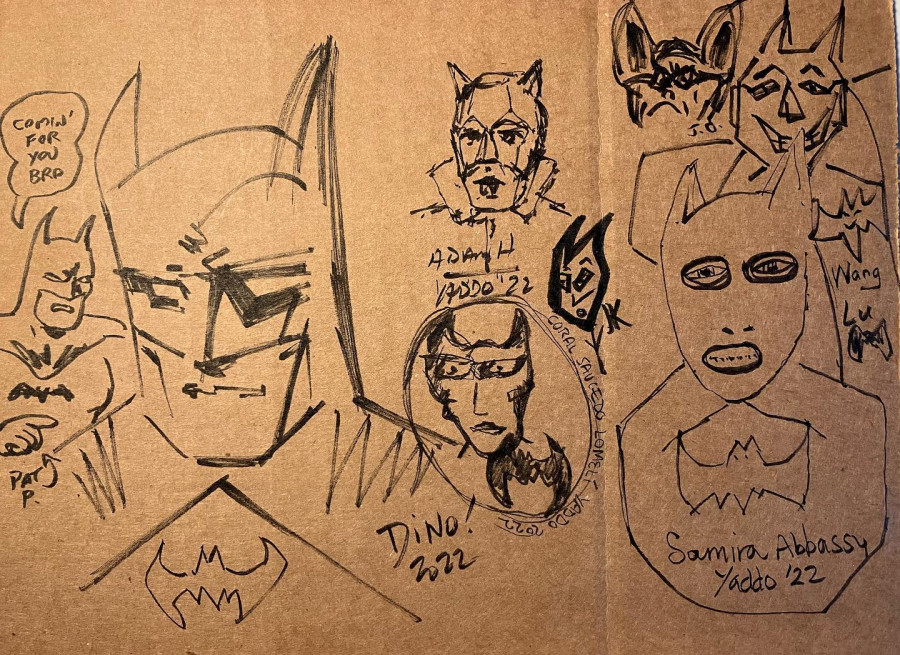 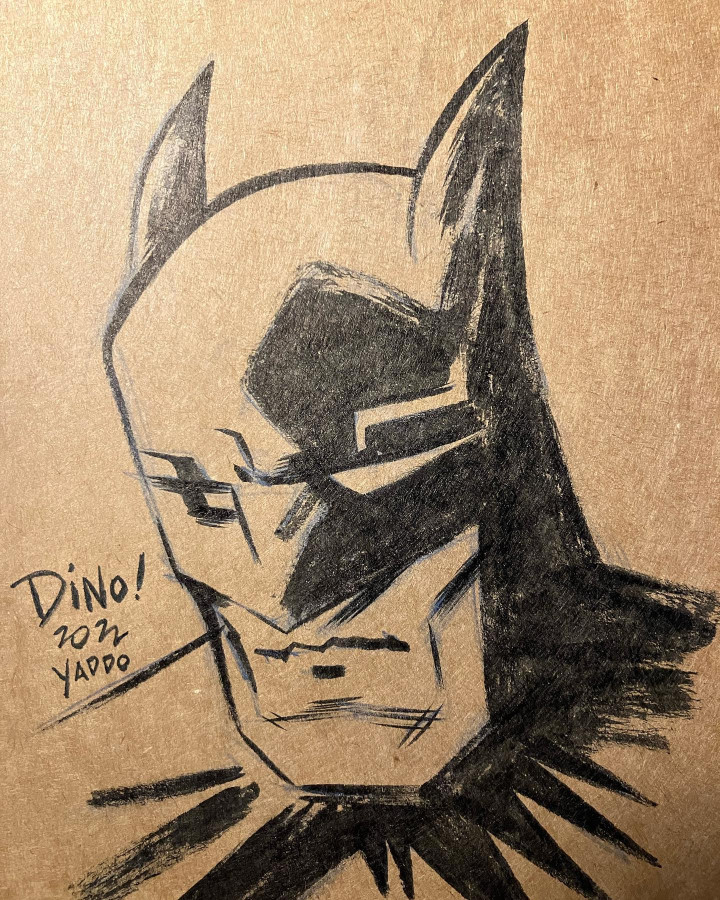 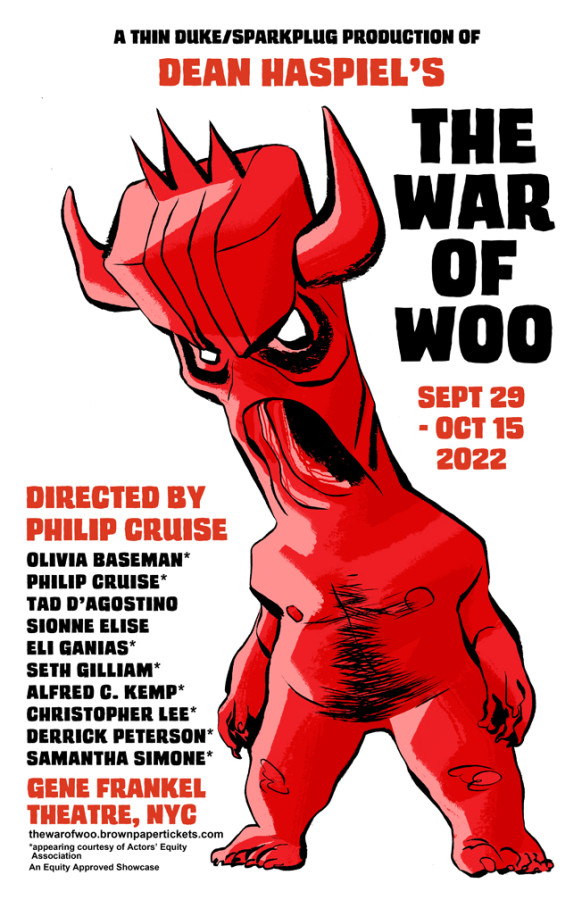 In THE WAR OF WOO, a Demon recruits a quartet of New Yorkers to help kidnap Satan in hopes of brokering a treaty with God to merge Heaven and Hell. Can a rebellious actor, a brazen assistant director and two best friends on the brink of breaking up ally long enough to alter the afterlife?

Says Haspiel: "A global pandemic may have postponed THE WAR OF WOO for over two years, but even a deadly virus couldn't snuff my play about the complicated, violent, and passionate relationship between Hollywood, Heaven, and Hell."

"It's provocative and profane," says Gilliam. "It's gonna be an hour and a half of gut-punch entertainment."

Lighting, sound and props for the production will be managed by Gemini CollisionWorks, the creative team of Ian W. Hill and Berit Johnson. Set design and construction will be led by Joe Kay, with costumes by Holly Pocket McCaffrey.

"Seth, Dean, Ed and I have been friends and colleagues since we met as teenagers at SUNY Purchase," says Cruise. "When the cast has such a deep understanding of the author's material, the possibility for fireworks onstage is increased exponentially."

PRELUDE TO THE WAR OF WOO is a cinematic prequel to the play, written by Dean Haspiel. The short film stars Seth Gilliam and Philip Cruise and was directed, edited and produced by Shannon Goldman at Super G Films. Watch it here: https://vimeo.com/395580445

Tickets for THE WAR OF WOO are on sale at https://thewarofwoo.brownpapertickets.com/. The Gene Frankel Theatre is located at 24 Bond Street (between Bowery and Lafayette) in NYC.

ABOUT DEAN HASPIEL:
Emmy Award and Ringo Award winner Dean Haspiel is best known for creating characters The Red Hook and Billy Dogma and illustrating for HBO's Bored To Death. He has written and drawn comics for Marvel, DC, Image, Archie, Webtoon and other major publishers, and his acclaimed collaborations include work with Harvey Pekar, Jonathan Ames and Stan Lee. In addition, he is a Yaddo fellow, a webcomics pioneer, and emerging filmmaker. Haspiel's previous plays include SWITCH TO KILL, HARAKIRI KANE, and THE LAST BAR AT THE END OF THE WORLD.

ABOUT PHILIP CRUISE:
Philip Cruise is a New York-based actor, writer and director who formed Thin Duke Productions in 2003. His directorial credits include the political comedy KING GEORGE II and Tom Ellis' BRIGHT DAY, and he currently serves as a technical director for the Brooklyn Children's Theatre. An accomplished actor, Cruise's recent stage credits include George Gemini in Haspiel's HARAKIRI KANE and Hugh Hefner in Kallan Dana's PLAYDATE. 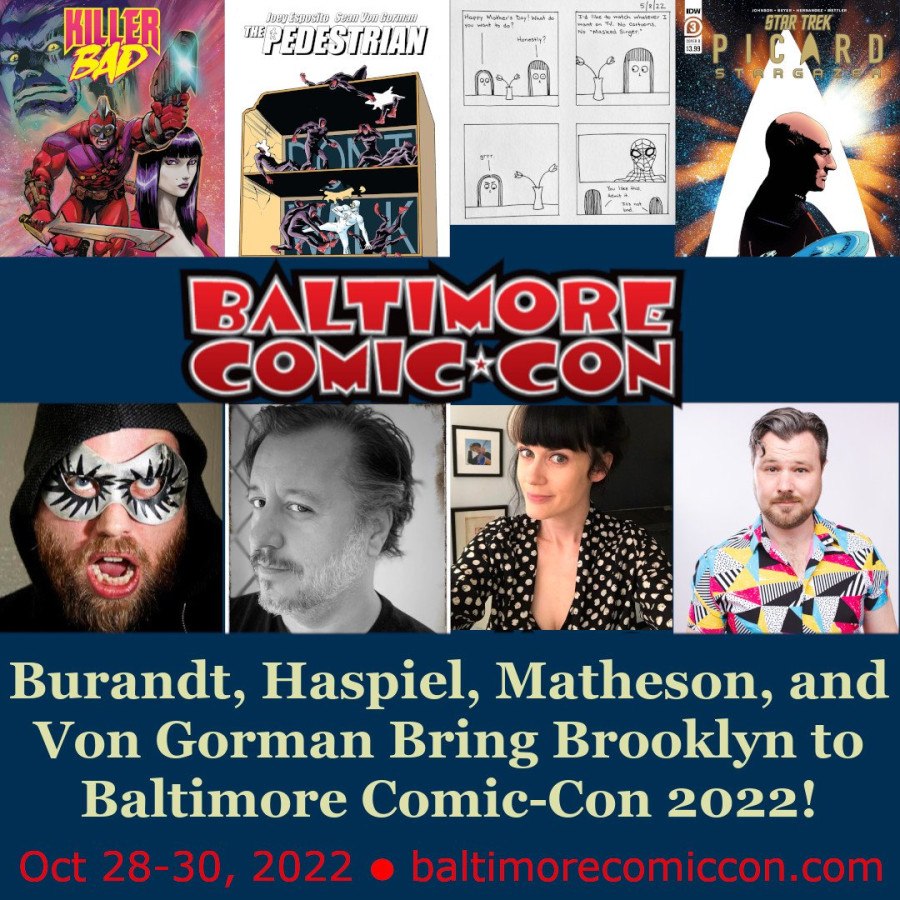 I'll be sharing a table with writers/artists, Jeffrey Burandt, Sean Von Gorman, and Whitney Matheson at my favorite comix show of the year, Baltimore Comic-con, October 28-30, 2022.

You can learn more about our posse bringing Brooklyn to Baltimore HERE. 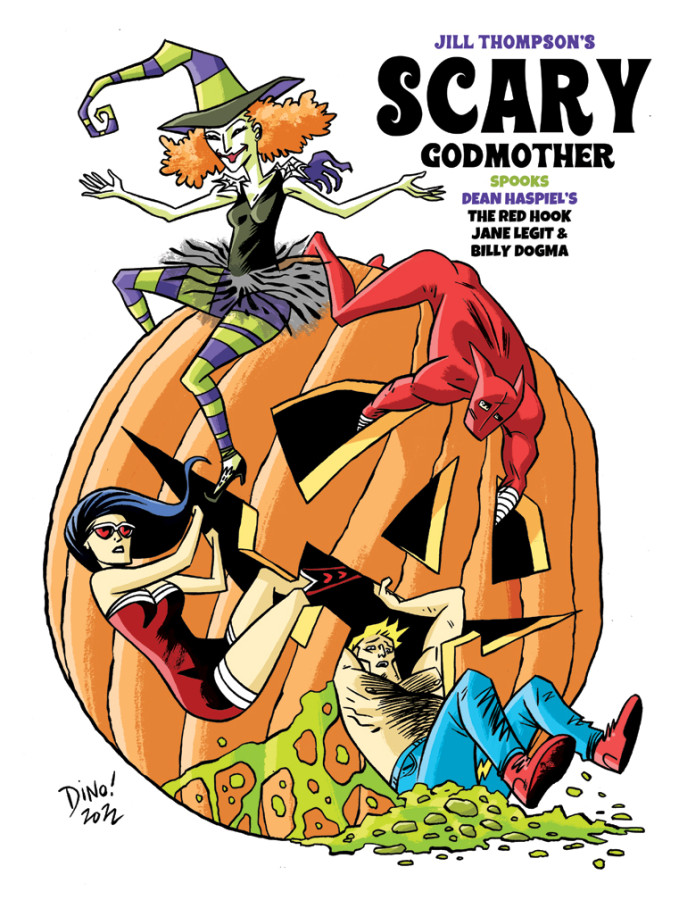 Get tickets for the show HERE. https://baltimorecomiccon.com/ 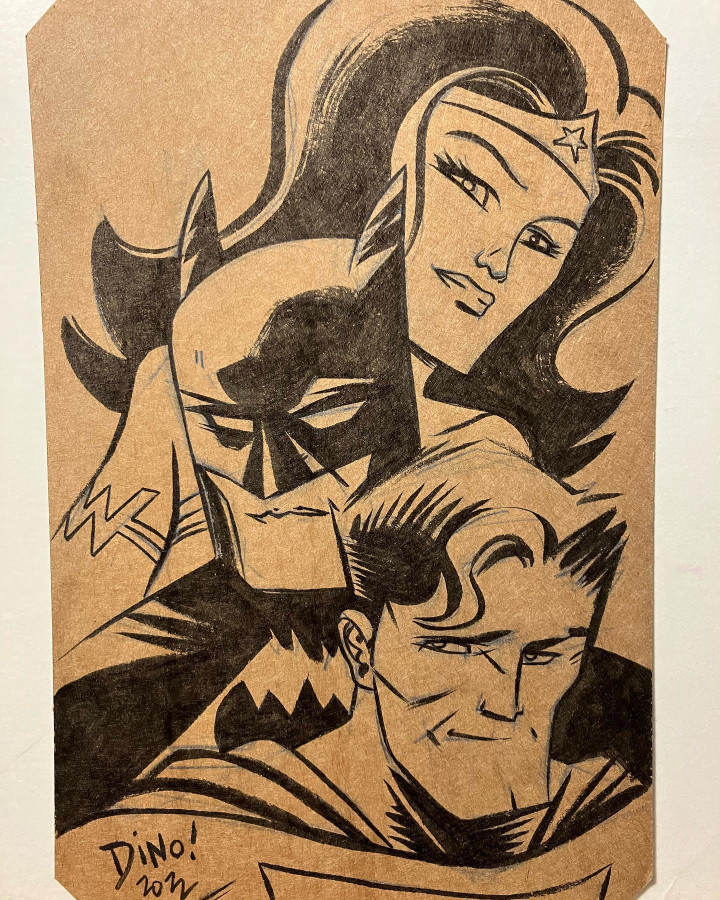 "Kal-El has returned from his long sojourn to Warworld, but what ramifications does this hold for the broader DC Universe?" Superman: Kal-El Returns Special #1 spotlights Kal-El's reunion with the Dark Knight, Jimmy Olsen, the Justice League, and... Lex Luthor?!” 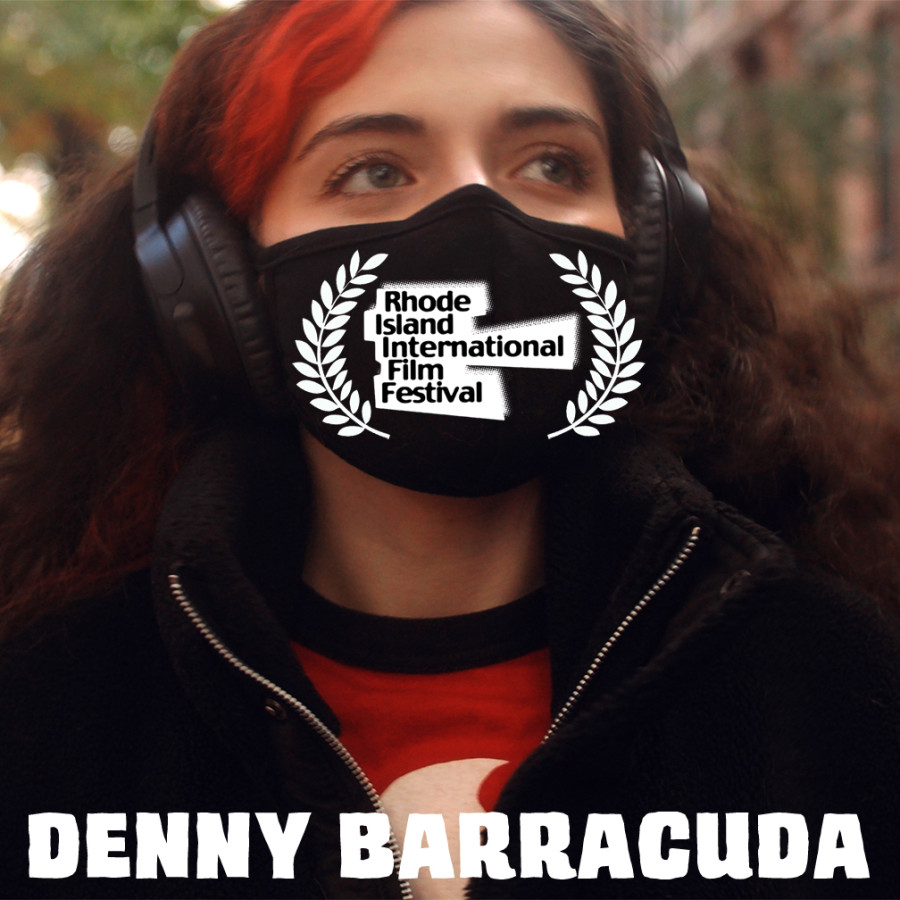 "Who on earth is Denny Barracuda? William has no idea, but he's about to let her into his apartment after spending eight months in quarantine."

What started out as a one-act play at The Brick theater in Williamsburg, BK/NY, soon evolved into a short film shot in Park Slope. I am honored and humbled to have co-produced this powerful story beautifully written by Whitney Matheson and deftly directed and edited by Shannon Goldman, starring pitch perfect performances by Madeleine Charmaine Morrell and Lawrence Trailer.

DENNY BARRACUDA is an official selection of the Rhode Island International Film Festival! 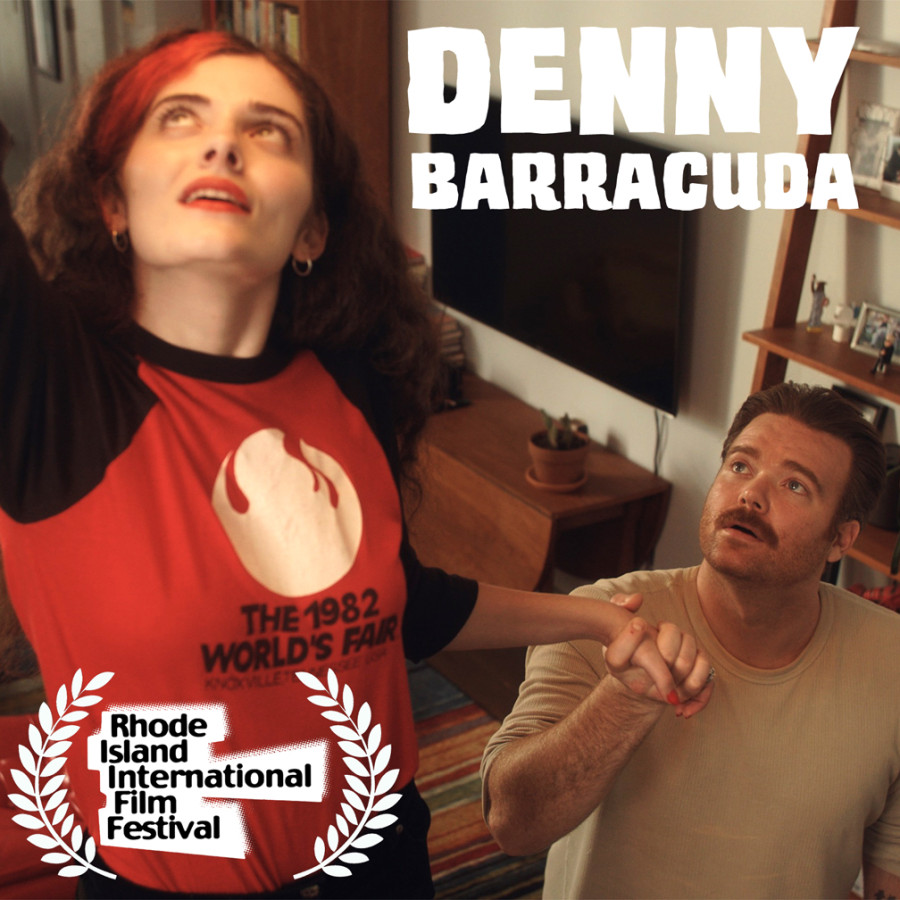 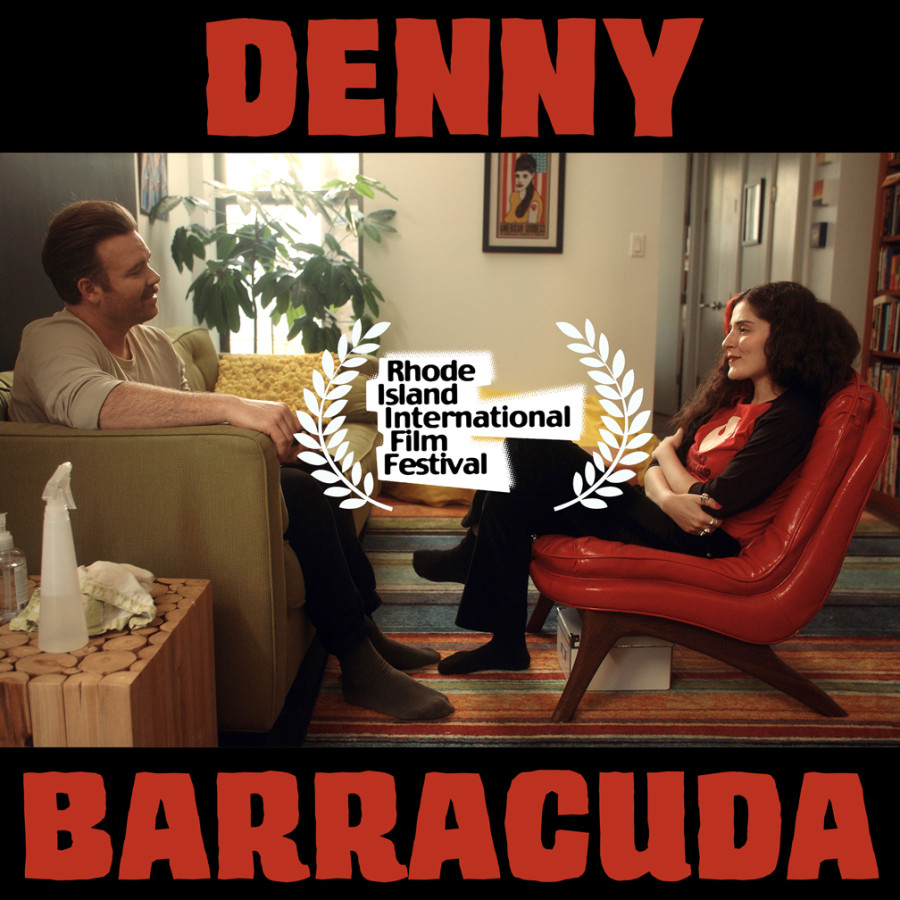 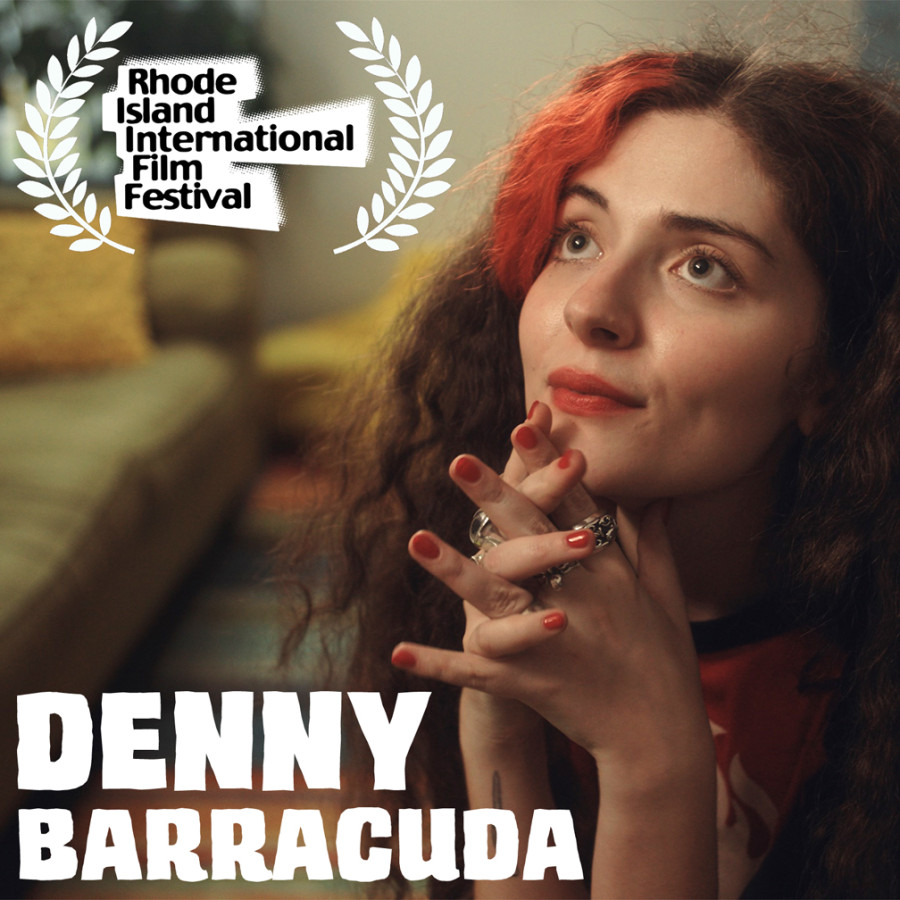 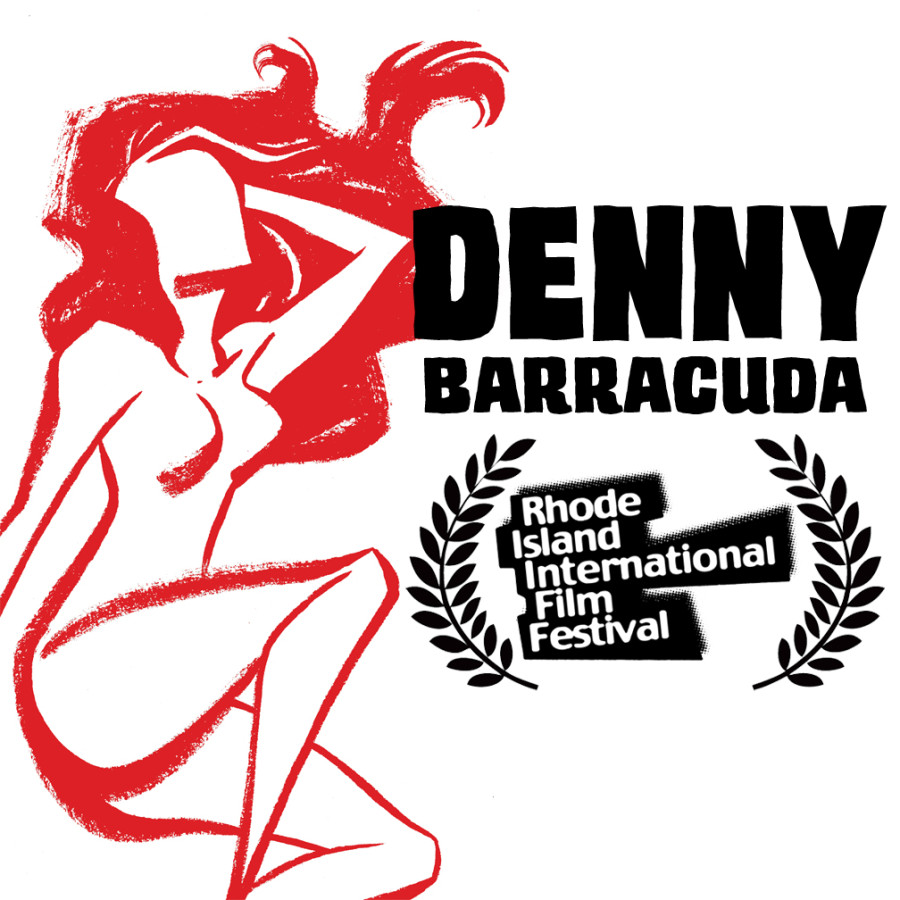 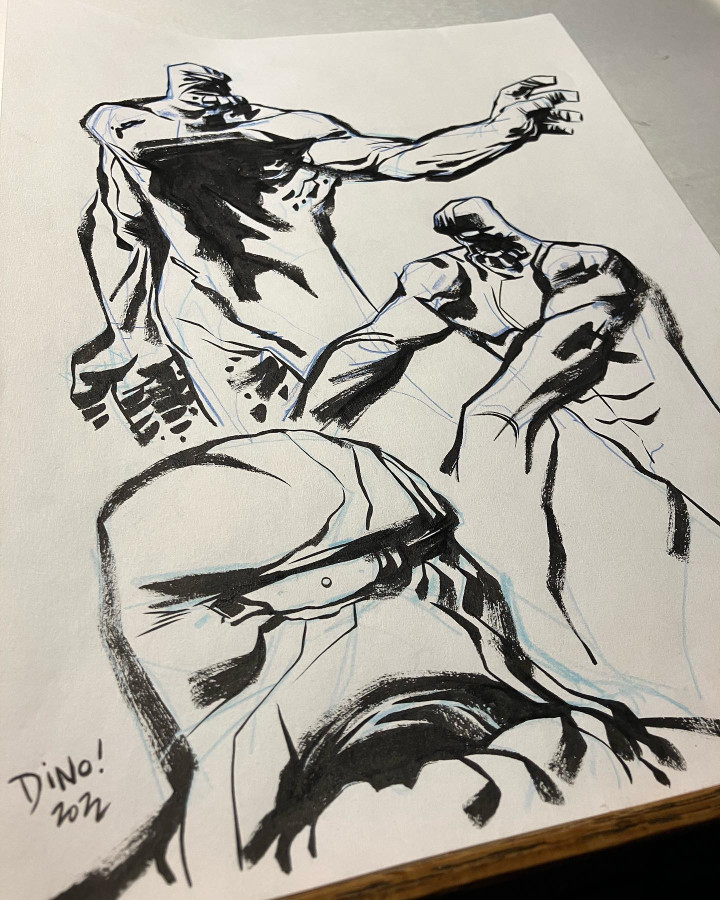 REMINDER: I will be mentoring a bunch of lucky creators in the art of comix at The Atlantic Center of the Arts residency #188, in New Smyrna Beach, FL next year from February 12 to March 4, 2023.

Here are links to my residency statement + requirements and to the application page.

Here is a very nice thing artist George Folz said about me and the residency:

"Cartoonist and comic art friends-- if you have not already applied to study under Dean Haspiel at ACA next March, I can't recommend doing so highly enough. I was fortunate enough to be selected to study under Dean at a previous ACA residency in 2012, and that residency is the reason that I'm now able to make my living full-time as an artist. Dean is as tremendous a mentor as a young maker can hope to have. His endless passion, uncommon insight, and good humor inspired me, and put me on a path to carve out a lane for myself. I'm envious of the experience that you're about to have."

Please spread the word. Thanks!

Nightwork Studio mate Whitney Matheson and I are presenting a reading of an impromptu, preapocalyptic thing we co-wrote in the wee hours called… 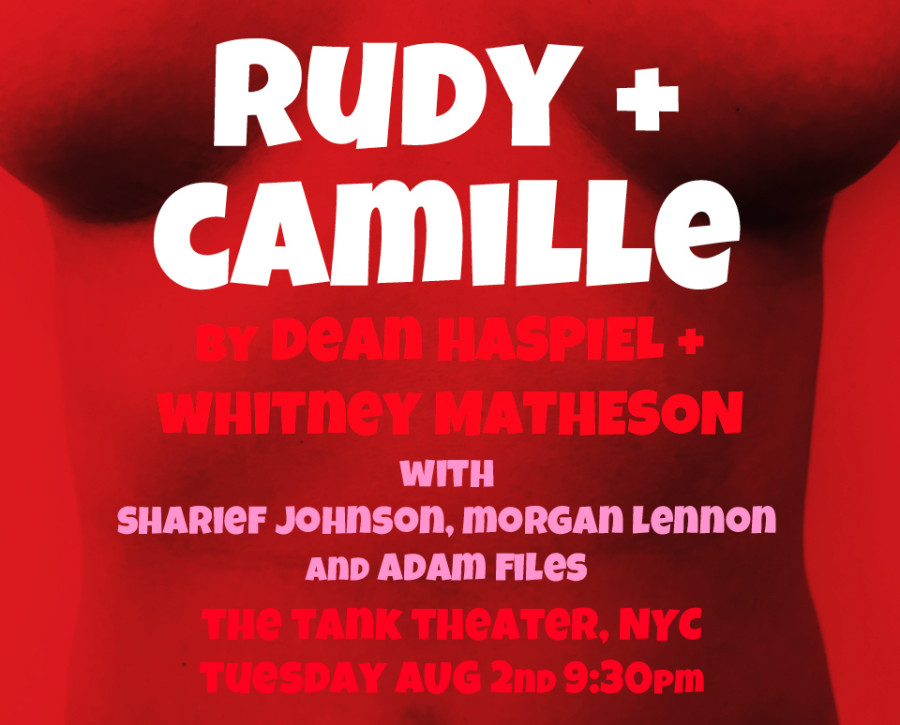 RUDY + CAMILLE is a psychedelic rom-com that chronicles two office mates who spend most of their time pontificating and pawing at each other -- instead of preventing the impending apocalypse. Starring Morgan Lennon, Sharief Johnson and Adam Files.